Halifa Sallah on Monday warned the country’s lawmakers against aiding and abetting the violation of the constitution.

“…if we confirm we are complicit, we are aiders and abetters of the violation of the constitution and this national assembly must never be found guilty of that,” the Serrekunda lawmaker told deputies as they debated a request by President Adama Barrow for the approval of his appointment of Bakary Sanyang as the country’s new ombudsman.

President Barrow had initially tapped Babucarr Suwareh for the role only for it to be rejected by the country’s lawmakers.

The president through his vice president Dr Isatou Touray returned to the National Assembly today armed with a new name.

“In coming with this replacement, due regard has been made to Section 164 (1) of the constitution which stipulates that; provided that where the National Assembly rejects a person nominated by the president, it shall not again reject the person nominated to replace him,” Dr Isatou Touray warned the lawmakers.

Halifa Sallah then stood and insisted that Bakary Sanyang’s appointment as the new ombudsman still be sent to House’s committee on public appointments.

He argued: “It is very clear from Section 164 that if we reject the first, we cannot reject the second. But still the section remains that the person shall appoint an ombudsman and his or her deputies in consultation with the Public Service Commission subject to confirmation by the national assembly.

“That is there regardless of first or second… Subject to confirmation by the national assembly. Should we confirm everything? We can reject or we may not be able to reject but confirmation is our right and that can never be negated.

“Honourable speaker, I will still move that we suspend the debate. That we should still send this appointment to the committee [public appointments committee] today to look at it.

“Because the issue is not only being qualified, the other issue is being disqualified. That’s what the scrutiny requires. And the member for Wulli West and the member for Lower Badibbu had already mentioned the section which quite a number of members had in fact engaged in consultation about. And what was to be confirmed is whether he is still a governor and the vice president did indicate that he is still a governor.

“So that committee by consultation with the individual could advise… Because when we scrutinise, we invite them and we invite the authorities and through that consultation, if there are disqualifications clauses then the person must be required to go and resign and send the letter of resignation to the committee and the committee should be able to come back and say, ‘well, we are satisfied even though we cannot reject but confirm’.

“But unless that happens, if we confirm we are complicit. We are aiders and abetters of the violation of the constitution and this national assembly must never be found guilty of that.”

The lawmakers have sent Bakary Sanyang’s appointment to the National Assembly’s committee on public appointments.

Mr Sanyang is the current governor of West Coast Region. 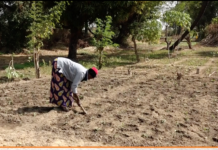 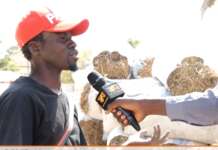