‘BARROW MUST SAY WHERE HE BELONGS’ 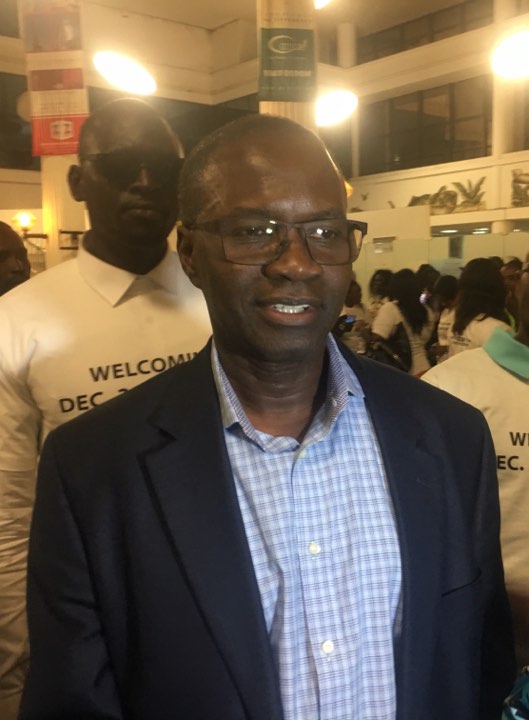 Cherno Njie, the financier of December 30th coup plot, has told The Standard over the weekend that President Adama Barrow must decide whether he is a coalition candidate as he was elected, a UDP candidate where he originates or whether he is posturing as a Barrow candidate to seek re-election in three or five years.

“Without that clear vision, I think we are in for rough times,” said Njie.

Mr Njie also said the new government must close ranks and decide whether they want to govern as a coalition government under the mandate handed by the Gambian people for them to peruse national agenda of renewal and reconstruction, rather than a disjointed approach where everybody is out trying to do what is best for their party and not the nation.

Cherno Njie, a rich property developer in US who bankrolled the ill-fated armed attack on Jammeh’s State House in December 2014, further stated that President Adama Barrow should respect the gentlemen’s agreement among the Coalition party members to serve only three years.

“If you make an agreement, stick to it and move forward. That is very important in a human being,” Njie said.
“That there are very positive signs and solid air of optimism, but some notable moves have been troubling such as the appointments of certain individuals which appear to be outside civil service criteria.

Mr Njie further said that elected officials are not lords over people, but only their servants and people need to speak up when they see that things are not going the right direction.

“The things that Jammeh used to rob us were two, primarily, tyranny and mediocrity. Tyranny has been removed but mediocrity in the Jammeh administrative state is still in place and it must be removed as we must seek excellence within the broad spectrum of Gambians regardless of gender, ethnicity or any other status,” Njie concluded.