APRC – NPP Coalition: Understanding the Basis and the Rationale 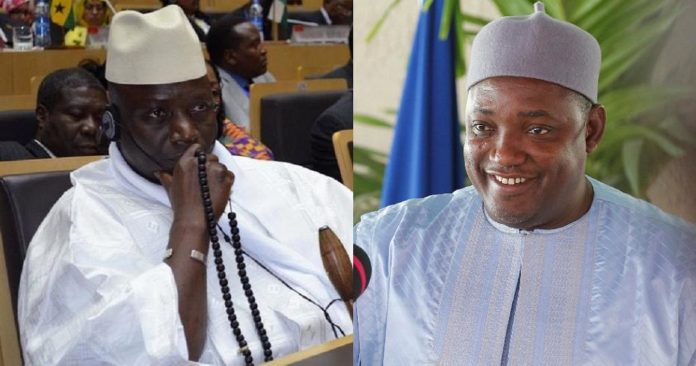 As things stand, UDP has the highest chance to win an election under a single party contest. The past local government and parliamentary election results served as enough evidence to prove this claimed. Both APRC and NPP have recognized this political reality and the danger of watching that to happen.

Because UDP constitutes hate, aggression and arrogance. And as highly predicted, allowing the party to win the election on December 4th will mean endorsing revenge, minority oppression, Barrow’s and Jammeh’s prosecution. Not only that, the worst also awaits Foni, APRC and the NPP heavyweights.

To avert these fears, many more threats pose by a UDP government, APRC and NPP showed the need to settle all past differences, strike a compromise, unite efforts and defeat the UDP to save the nation from division, suppression, ethnic tension, aggression and hate. This is the basis for inItiating the NPP – APRC talks.

The whole rationale is to bar UDP from forming the next government so that revenge, tribalism and oppression will be averted. While averting this national tragedy on December 4th, new space will be opened to foster reconciliation and social cohesion under a climate of humility, peaceful environment.

APRC recognized the challenge she, her based and supporters continue to face under Barrow, most of which are the results of UDP early yrs in government. Fonis militarization and the selective removal of her natives from the civil and public service were the making of UDP and GMC.

Similarly, the experienced of coalition 2016 has been noted. The party is also aware of the lack of enforceable legislative provisions in the 1997 constitution to obligate the executive to respect gentleman arrangements over national constitution.

That is why, to commence this process, the party has smartly put forward unnegotiable demands to NPP as preconditions for coalition talk. In addition, other accountability, control mechanisms like a 50-50 parliamentary seats are being studied too.

These demands are being reviewed and how Barrow handles them will, to a greater extend, decide the coalition. In fact, safe to say that its these demands that are being discussed, not coalition.

A major beneficiary of this coalition, if succeed, will be president Jammeh and Foni whose faith are strongly anchored on the December 4th election. How?

The prosecution of Jammeh, a section of Foni citizens, and the continuous militarization of Foni rest in the decision of December 4th. We APRC supporters must realize this fact, learn very fast to catch up with the prevailing realities. Sentiments and emotions can’t never be solutions.

God forbids, this coalition fails, UDP ascends to power, APRC and Jammeh should prepare for prosecution, suppression and even lifetime opposition. Because once UDP ascends to power, expect that all apparatus of government will be changed to suit their rigging system so as to enable them cling onto power forever.

Hence, those claiming that this coalition isn’t in the interest of Jammeh and APRC should visit the coalition formula  properly.