The Fatu Network
Home Analysis & Comments Abolish The Caste System! In a Republic There are No Low- or...
Facebook
Twitter
WhatsApp
Linkedin
Viber 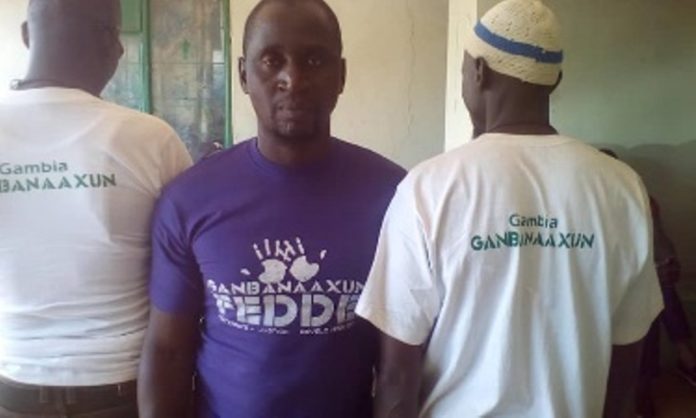 Let me say upfront that feudalism and the caste system in any form should be criminalised and abolished by law in the Gambia if we are to truly uphold the Constitution of the country as a Republic. In a republic all citizens are equal which is what the Constitution first entrenched in Section 1 that sovereignty of the Gambia resides in the people of the Gambia. The Constitution considers all Gambians to be equal citizens. Therefore, any other classification of citizens as first or second or low- and high-class citizens is unconstitutional and against the very principles of republicanism.

It is true that our society has a longstanding history of social, cultural and political systems in which people have been categorised into various castes. One will see that such caste system does exist in all human societies in various forms and at various times. Such classifications came about as individuals and societies dominate and control each other through wars for various reasons. The economic and political systems that underpinned societies at the time were rooted in various belief and cultural systems that people live by until today.

But as nations emerged out of feudalism such as in Europe in the 15th and 16th centuries or from colonialism such as in Africa in the 1960s many new nations came to create laws to establish the equality of all citizens. In France feudalism and the caste system were abolished on 4th August 1789 by an act of parliament following the French Revolution in that same year. The Tenures Abolition Act of 1660 abolished feudalism and the caste system in England.

When it comes to Africa and those countries under colonialism such as US, feudalism and caste system became untenable since these new nations are now republics. They are neither monarchies nor feudalist. However, in most of these new nations not enough was done to actively and fully abolish feudalism and the caste system even though their new constitutions did entrench the equality of all citizens as can be seen in the Gambian Constitution under Section 1.

Therefore, the practice of caste system within Gambian society everywhere and anywhere must be criminalised and abolished by law. The Gambia is a Republic in which no citizen is subject to or lower or higher than any other citizen in anyway. Those cultural beliefs and practices that seek to promote caste system must be abandoned. Our new culture should be democracy and republicanism. Anything that seeks to injure, undermine or weaken democracy and republicanism must be seen as gross violation of national sovereignty and the constitution.

In other words, in a caste system a so-called low or inferior caste person cannot hold to account a high or superior caste person. If that high caste person is now the president or governor or chief or alkalo it will be difficult for him to be held accountable. This is why sometimes one would see how some of our politicians and supporters use caste to make some individuals entitled to leadership even if they are not fit to lead. Caste system has always been used to entrench dictatorship in our communities which is why it is also easy to entrench dictatorship at the national level.

Caste system is discriminatory, exclusionary and unjust. This is why some individuals cannot be leaders of their community while others cannot own land and even others denied being buried in a cemetery or even speak their opinion on community issues. So long as such culture remains then it will be impossible to ensure popular participation and build a democracy and good governance in our country.

It is because of the caste system that gender inequality also persists in our society. Caste system is not only about surnames and in which trade one belongs, but it also creates an imbalance between men and women. Caste system upholds that women are inherently weak, mentally and physically and only good for the satisfaction of men. Look at any person who strongly believes and upholds caste system and you will see that such a person is also a strong believer in the superiority of men over women.

Furthermore, caste system is a tribalist idea in which believers in that system do not belief in the equality and interaction of individuals from other tribes. They always perceive their tribe to be superior, purer and better than the rest. Therefore, caste system only promotes bigotry, prejudice, exclusion and discrimination which are beliefs and practices that are highly unconstitutional and against republicanism.

We need a new Gambia in which not only are all citizens equal before the law but also in our minds as citizen we sincerely believe and uphold that there is no superior or inferior person on account of his or her surname or origin or birth. If we accept caste system to prevail then in effect, we are endorsing and entrenching oppression and exploitation of one another in the name of culture. No human being or society deserves such a culture of oppression and exploitation.

The Colonialists had used our feudal and caste systems to dominate and rule us by demolishing our feudal kingdoms only to create new feudal chiefdoms called districts hence continue to dominate, control and exploit us. Therefore, colonialism was possible largely because of the caste system. PPP as well as APRC governments were also able to rule this country for 50 years largely because the caste system created a fertile ground for them.  The caste system beliefs in divine leadership which is nothing but unaccountable leadership. It is this same cultural belief which is also making Pres. Adama Barrow and his officials and supporters to also claim that he was made president by Allah.

For the Gambia Our Homeland.