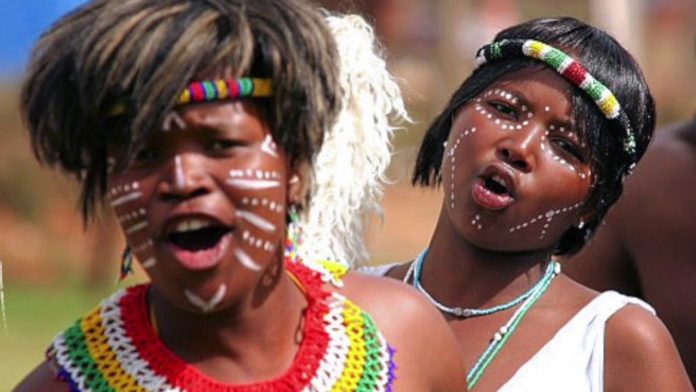 Culture is the way of life of people. The culture of people and nations are in their cultural traits such as marriage, naming ceremony, beliefs, festivals, dress code, dialects, interactions, etc. Because of modernity and advancement in technology, many cultures are fading out while some [no matter their seemingly archaic nature] are still practically evident in societies.

Here are five cultural practices in Africa which you may find shocking or bizarre:

1. The Reed Dance in Swaziland 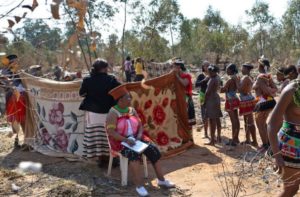 Umhlanga, an annual dance ceremony meant to celebrate virginity in Swaziland. It all has to do with maidens completely bare-breasted dancing for their respective kings. Before they can do this, they would have to queue up to have their virginity teste.

This is normally done in a traditional way which majorly revolves around examining the physical features of the vagina and shallow inserts into the organ to see if the hymen is intact. It is reported that ladies who are no longer virgins, for fear of being stigmatized, go as far as inserting raw meat into their vaginas to pass the test.

2. Force-Feeding of Girls for Marriage in Mauritania 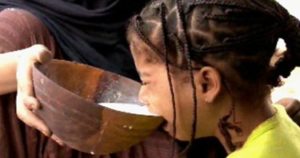 In this practice, it is believed that a lady is more desirable and would attract fine suitors if she is well fed and fat. As such, young girls and maidens from as low as five years old and right thorough teenagehood are being secluded and forced to consume a large portion of food and milk by their fatteners (people who help them to look fat).

For Ethiopia’s Hamer tribe, a male child isn’t a man until he jumps the bull. That is the only way he can prove his manhood and earn his respect among his people. The culture is like a rite of passage a young man of the Hamer tribe must go through before he can assert himself as a man and take his first bride.

While it is expected of the young man to strip naked, run, jump on the back of a bull and run across the back of several bulls lined-up for the event, his female friends would be seriously whipped. They are expected to receive as much pain as possible from the whipping to indicate their loyalty to the young man who is about to become a Maza – accomplished man.

You will find the Massai tribe in Tanzania and Kenya and they can brag about owning some of the strange African cultures. Prominent among them is their spit greeting. If you are one of them, you will have to spit to greet. It is unacceptable to offer an elder a handshake without first spitting into your hands.

More to that, the Massai tribe would spit on a newborn and tell the baby that he/she is everything bad and undesirous. Reports say the tribe believes that saying sweet words to a newborn is tantamount to cursing the child with a bad life.

The Wodaabe people are nomadic cattle-herders and are loosely scattered from Nigeria to the Central African Republic, Chad, and Cameroon. Their Gerewol festival, an annual dance courtship competition. At the festival, Wodaabe men dress up to dance with the hope of impressing and stealing another man’s wife. 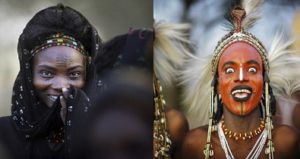 In this culture, it is completely acceptable to steal a man’s wife and have sex with her. Her husband has no option but to live with it. If he doesn’t want his wife to be stolen or suspects that his wife wants a man to steal her, all he can do is to stop her from attending the Gerewol festival. If he can’t do this, his life partner is literally up for grabs.