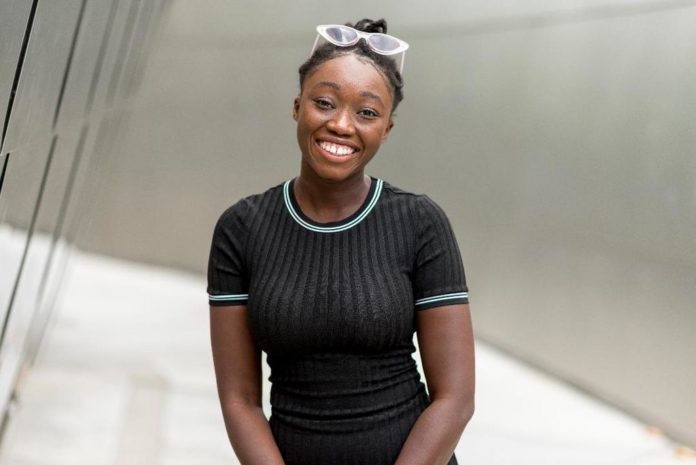 Marie Atouta Senghore have always wanted to be an actress, since she was very little. Growing up in Stockholm, where she was born to Gambian parents, Marie was very outgoing and loved performing. 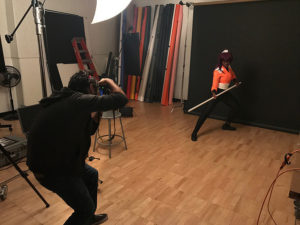 As a child, she did of course tried other artistic areas such as dancing, singing and even painting but acting always stayed with her. Her passion for acting during her tender years would see her featured in commercials and a children’s television show.

“I remember how much I loved being on set and filming. I have been in love with the idea of making it my career ever since,” she said in an interview with JollofNews.

Coming from African family that values the importance of education, Marie took a “break” from acting when she entered middle school and focused on education. However, the passion for acting never left her.

She added: “When I had the option to pick my major in high school, I knew that I wanted to get back into acting. So I attended Stockholm’s Estetiska gymnasium and majored in Theatre.”

After her graduation, Marie again took a break, flew the nest and moved to Tenerife, Spain to map out her plans in life. 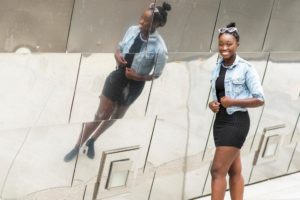 “I needed some time to figure out what my next step in life was going to be. I had a very big desire to travel and see the world, but I still wanted to follow my passion and continue acting,” she said.

But as Elvis Presley said in his famous song Home Is Where The Heart Is, Marie moved back home and started doing background work. It was not easy at the beginning, but Marie knew that success in life only comes through hard work.

From a young age, she was reminded by her parents that she is beautiful and intelligent and can be what she ever wants to be in life if she works hard for it. Her parents also reminded her that life is full of challenges and she must always dare to dream big, set a vision and not allow her critics and fears to cloud her judgement. With that in mind, Marie’s determination eventually landed her a few small roles in short films.

More opportunities soon came knocking and she landed her first big part in Daniel di Grado’s feature film “ALENA”. She also landed her first leading role in the Tine Alavi’s short film “ALIKI” and in some parts in commercials.

She said: “After I came back from Spain, I didn’t have much adult experience in the industry nor did I have an agent. Although I had a couple of gigs under my belt, it was quite hard at first. I didn’t know where to start so I just signed up on some page and did background work. I noticed that I would get cast as background often, but I rarely found any speaking parts for me.

“Of course, I was very aware of the industry that I was entering. I had not really seen any dark-skinned actresses in Swedish media before and although it was daunting to try to push my way through a mostly white industry, I knew that it was the only way. I kept at it and luckily met some amazing people who wanted me in their films.”

With her career beginning blossom, Marie decided to move to the Los Angeles, Califormia, the City of Dreams and the entertainment capital of the world in order to reach her full potential.

It has always been her dream to live and work in the city which has got some of the world’s best-known and most iconic landmarks and attractions including the Hollywood Sign.

“If I remember correctly, I started planning my move to Los Angeles when I was nine- years-old,” she said.

” Already I knew that my career could only go so far in Sweden, so the idea to move to the “center” of the film industry was always there. I am really glad that I did. I have met and worked with so many amazing people from around the world and it has truly inspired me to travel more and work on projects in different countries.”

She also starred in the popular film, Shea Buttah which won the “Best Narrative Short” title at the Black Laurel Film Festival. The film is also in talks to be screened at the Gambian film festival “Cinekambiya’.

Marie is currently planning to shoot her first self-written short film, which according to her own admission is going to be a very growing experience.

“I literally cannot wait. And since I have been labeled as in “international” actress, I plan on continuing studying Korean and Japanese, and hopefully be able to work on more films internationally,” she said.

Despite her success, Marie has remained humble and modest. She attributes her achievements to her parents, friends and family.

She said: “I have been so lucky to have had the support of my friends and family. My parents were always very clear about what they wanted me to do with my future, but they were ALWAYS supportive of me following my dreams. I still contact my close friends and family whenever I get cast in a new project and they always send me their support.”

Her best online presence is her Instagram @senghore where people can see more of her and follow her journey in the movie industry.

Marie’s achievements has also not gone unnoticed in the Gambian communities in all parts of the world.

“One of the reasons why I love being a Gambian actress is because I can actually see the support of our community, she added.

“I have aunties, uncles and cousins from around the world who reach out to me and congratulate me on my success. It’s so wonderful and it really makes me happy. It might be a small thing, but it means so much to me.

“I have been so lucky to have been able to follow my dream and I hope that anyone who wants to pursue this career, does too. But I would like to leave with this advice.

“This industry is rough. I am not saying this to scare you off, I’m saying it because it’s true. You can be the best at what you do and still not make a career out of it. Only enter this industry if you are one hundred percent sure that it is what you want. And if you do decide to enter, be yourself. Be that little piece of magic that makes other people want to work with you. It’s hard, but not impossible.”