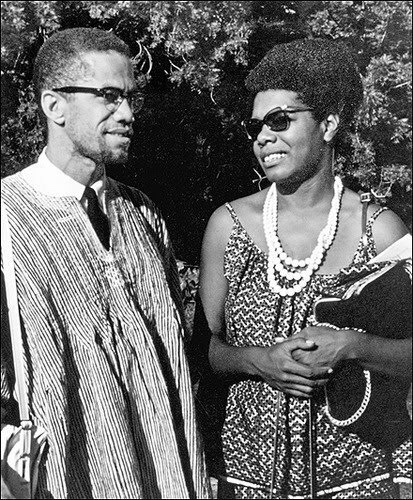 The current debate about the importance of “formal” education in The Gambia reminds me of the incredibly brilliant Malcolm X, towards the end of his life, searching for knowledge. Malcolm was one of the greatest minds of the past century. I grew up a total Malcolmite (Black Nationalist) — but the academy turned me towards Baldwin, Hurston, Judt, Said, Sen, Davidson — towards humanism. Interestingly, Malcolm, after his pilgrimage, left the nationalism of his early years and became an informed humanist.

Like a good many of his interlocutors, Malcolm was an able debater, a bright mind for someone who dropped out of the ninth grade. He did not have the best of a formal education, and knew that a ninth grade education was insufficient for someone who endeavors to be a thinking person. But boy, was he a capable autodidact. Malcolm noted some of his shortcomings as a public thinker — noting:

“My greatest lack has been, I believe, that I don’t have the kind of academic education I wish I had been able to get—to have been a lawyer, perhaps. I do believe that I might have made a good lawyer. I have always loved verbal battle, and challenge…You can believe me that if I had the time right now, I would not be one bit ashamed to go back into any New York City public school & start where I left off at the ninth grade and go on through a degree… Because I don’t begin to be academically equipped for so many of the interests that I have. I would just like to study. I mean ranging study, because I have a wide-open mind. I’m interested in almost any subject you can mention.”

But time raced ahead of Malcolm and he died not knowing — knowing how much he did not know, so it goes for us all.

Personally —I was the kid in high school that would seem to know the answers to all the questions in class and flunk the test because I thought being an autodidact — I was, somehow, invincible. Structure is important. Discipline is important. I lacked both.

I love knowing. The knowing is its own reward. The ability to frame the question is its own gift — even if you cannot quite name the answer. By the seventh grade – I have already read Sam Sarr’s opus — “Meet Me in Conakry.” By the time I entered St. Augustine’s —I would spend countless hours reading prose from the New Yorker, the Economist, Ayn Rand, Fanon — and by the end of my tenth grade — I have already mastered the world map. I could tell you every country in the world, every country in Africa, Asia, every state in America ( I just loved America ), every province in Canada, the Antipodes and their capitals.  I have read all of Shakespeare’s tales, Ngugi — and read the encyclopedia with zest, on my own volition. I spent hours debating with folks who were ten-plus years older than me in my old neighborhood – and held my ground.

Personally and intellectually — these experiences were profoundly invaluable; however, I loathed the structure of a classroom, I lacked discipline, I was all over the place. The academy, writ large, gave me that structure and discipline. It made me synergize many things I have read in my early teens and it challenged me. It was rigorous — provided me with the skills to conduct quantitative and qualitative research —how to put my ideas to the test— just to name a few. It also afforded me a life, in a country — the United States — that values “formal” education — that, a 15 year old me in Churchill’s Town never have dreamt of.

I do not know about you, but for me — I want those operating on me; those pulling my teeth; those tasked with transforming our subsistence agricultural system to meet the demands of the times; my economists; educators; policy makers; our legal minds and luminaries; I want our children, the ones that are going to “Invent the Future” — to be formally, properly trained and equipped. The society of the 21st century, my comrades, is the educated one.

Essentially— lest we forget that the many vexing issues facing The Gambia — poverty, schooling, women’s issues, healthcare, infrastructure, agriculture et al. — cannot be discussed without discussing “formal” education. For what it’s  worth, it is a great launchpad, it is definitely not the only one nor is it a silver-bullet, but it is a very solid and rewarding one, nonetheless.

To that end, read, discern, parse, question everything — but equally important — get yourself a “formal” education, if you can. I kid you not — it is a rewarding, enterprising, challenging journey. On the whole — knowledge beats ignorance everytime.