Gambia’s President Adama Barrow and his coalition government promised during the presidential campaign that they will build a transparent government that would be held accountable to the Gambian people but more than six months after taking office, yet cabinet ministers are dragging feet to declare their assets as promised.

The coalition government that were then opposition members used to accuse the former government of President Yahya Jammeh with allegations of corruption and lack of transparency which they promised to eradicate, if they are elected into office.

President Barrow in his first press conference after been sworn-in office told journalists that cabinet ministers would declare their assets before taking oath of office just as he declared his assets to the country’s Independent Electoral Commission during his nomination for the presidential elections.

After six months of appointing his cabinet, the ministers are still dragging their feet on asset declaration.

“Many of the Ministers have declared their assets except few of them,” President Adama Barrow said.

Barrow refused to disclose the names of the ministers that have not declared their assets but said he has extended two weeks to the  asset declaration dateline, saying some of the ministers have appealed for the extension.

He said the declarations would be made available to the Office of the Ombudsman but did not confirm if it will be publish for the general public.

The Office of the Ombudsman was contacted to give account or process taken on the assets declaration but the respond given was that the Ombudsman would call a press conference whenever it is ready.

Meanwhile, the Coalition government after taking over an alleged bankrupt economy from the past administration has received so many millions of Euros and Dollars from European Union, World Bank and other international development partners.

The principal objective of income and asset declaration is to combat corruption to enhance the legitimacy of government in the eyes of the public and stimulate foreign direct investment.

According to a 2006 World Bank Survey of 147 countries that received World Bank assistance, 101 required senior government officials including cabinet ministers to declare their income and assets.

Furthermore, a 2007 World Bank Survey found that, in Africa, 28 countries require disclosure of income and assets by public officials of these 23 require officials to declare assets to an anti-corruption body or other government entity while only 5 require publication of the declaration.

Meanwhile, an ever-growing number of countries have adopted ethics and anti corruption laws that require public officials to declare their income and assets together with their spouses and dependent children. 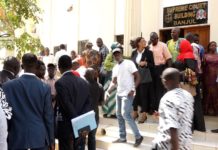 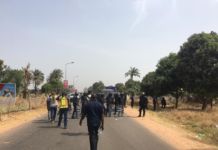