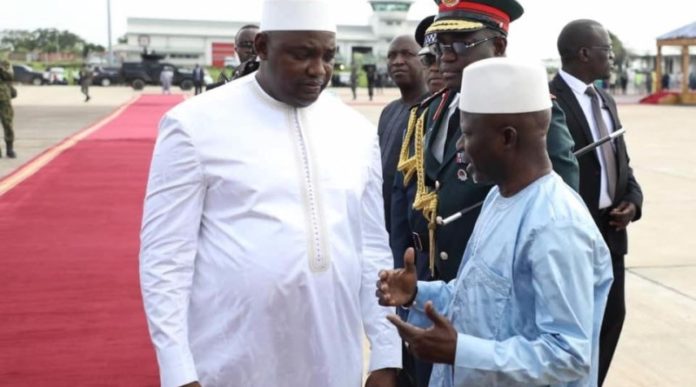 We take no pleasure or pride in reminding ourselves of our dark, painful and difficult past. If anything, we were hopeful, upbeat and highly encouraged when our fellow citizens surmounted their fear, confronted their abuser, humiliated him at the polls and sent him into involuntary exile – a culmination of courage, patriotism and triumph leading Adama Barrow’s Presidency. The journey to achieving this victory was long and arduous and filled with the exploits, tears and blood and many acts of sacrifice of the patriots.

Cognizant of the deliberate, wilful and systematic insituatonal damage, impunity, mistrust and division amongst the citizenry, the architects of the transition were determined to set in motion various reform processes and programs necessary to get our country ready for a fresh start ahead of the general election. This New Gambia Project was to proceed with speed, total focus, serious dedication and profound efficiency. But the designed wholesale approach was threatened by a race for political power and dominance.

First to cause cracks in the hitherto formidable transition programs was PDOIS when the party bigwigs did not take cabinet positions. For a party that was very instrumental in selling the Coalition agenda to the Gambians to take a back seat when it was time to roll out the programs was serious betrayal of covenant they had with the electorates. They were allegedly not happy with cabinet-level positions offered to them and they decided turn their backs on their colleagues with spite! The excuse that PDOIS was going to serve better in the National Assembly instead was ridiculous at least and divisive at best. What better place there was to serve the urgent, transformative demands of the Gambians than in cabinet?

Another theory was that Hon Halifa Sallah and Hon Ousainou Darboe do not like each other. Their differences transcend politics and ideology. Hon Sallah was very proactive in the Coalition programs when Hon Darboe was in jail and he was effectively in charge but as soon as Hon Darboe came out and assumed influential roles and gradually eclipsed Hon Sallah’s position, the latter decided to go for the exit. But whether PDOIS principals refused to occupy what they had considered to be “inferior” cabinet positions or they were not offered any, what resulted was the beginning of a monumental fractious relationship within the Coalition. The party became the first visible and public opposition to the Coalition it helped created and put to power and receiving the infamous State House response ” It is easier to criticize than take responsibilities”. Thus, it can be safely argued that PDOIS was more interested in political showmanship than working together with the colleagues for the good of the country.

Then there is the opportunistic UDP that is complicit in shirking away the country’s historic responsibilities just to expand and flex its political muscles. From the beginning, the party’s commitment to the letter and spirit of the transition programs was questionable, arguably insincere, frustratingly insufficient and shockingly self-serving. In fact, UDP started preparing itself to replace Barrow as early as the formation of the new administration. Its principals worked in the government from Monday to Friday and rallied supporters on the weekends to discuss political strategies to replace the very government. UDP was the first to open its doors to former APRC top officials, creating both a new precedence and the eventual competition over APRC remnants. In doing so, UDP was sending a clear message that when it comes to politics and its attendant game of numbers, values and principles can take a back seat. What resulted from the UDP’s political gamesmanship was a party totally immersed in and focusing on expanding and solidying its base for the next election and very little to safeguard, strengthen and consolidate the gains of our nascent democracy.

Alarmed by UDP’s very clear and direct efforts to make him a one-term President even after initially backing him to renege on his promised serve only 3 years, President Barrow first employed appeasement strategy to win UDP over by elevating Darboe. When that failed, he went for the jugular by plotting a political coup in the UDP during its Congress with little success as the vanguards of the party resisted fiercely and Barrow had to withdraw. As he withdrew, he managed take with him some former disgruntled members of the UDP.

But Barrow wasn’t done. Although his assault on UDP was repelled, he initiated another sweeping and far-reaching plot and this time against our very institutions. To succeed in this treacherous process, he began firing and replacing UDP newbies with former spineless officials who have both the institutional memory and experience for anything and everything toxic – men and women with tainted integrity and questionable professional competence to carry out enormous systemic and systematic damage. Those who will mortgage our country to the highest bidder at a moment’s notice to satisfy themselves and a sitting President. After all, they were there for Yahya Jammeh and Barrow needs them too for the same reason : to help him in any way to get richer from state coffers and use the loot to finance and influence elections. Janneh Commission provides adequate clarity and papery-rail on their wanton and audacious schemes.

The Jawara-era elites – a group of entitled, mischievous and compromised cabal – and their children and grandchildren are also gradually making their way up and establishing their foothold. President Barrow is presiding over and coordinating this eerie, reprehensible comeback because he believes it will work for his self-perpetuating efforts.

Stuck in this political firestorm, uncanny recklessness and wholesale insensitivity is the vulnerable, helpless and battered Gambian people who have suffered for far too long and continue to be unwitting victims of vicious cycle of bad leadership, political opportunism and purposeful carelessness. We can’t continue in this path.

Thus, as we move forward, we must shun political blindness, embrace the bitter truth and chart a new way for political responsibility, accountable leadership and robust citizen engagements. 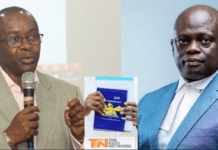 LAMIN J DARBO – COMMENTARY: CRC took the country on a tour de force on how not to draft a national constitution