When victims get abandoned! 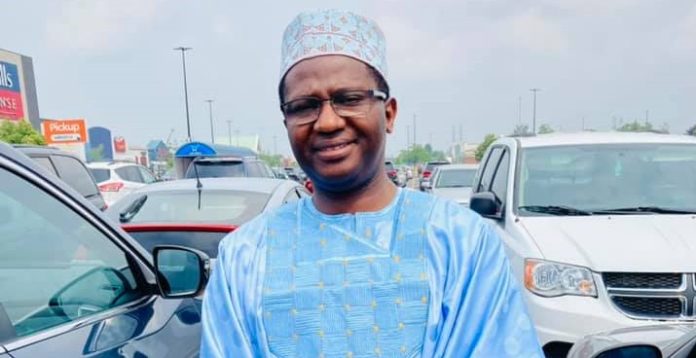 President Adama Barrow’s controversial visit to the family of his successor Yahya Jammeh is the culmination of a series of initiatives aimed at cozying up to the former APRC regime that he had defeated in the 2016 presidential elections.

Addressing reporters following a closed-door meeting with Jammeh’s family members, Mr. Barrow stated that the overture is part of his reconciliation efforts, noting that he decided to make the visit out of respect for the former President. His supporters, too, argue that the visit is crucial to healing the deeply divided nation to forge ahead.

“He is the former President, and obviously, he deserves respect from every Gambian, especially as President of the Republic of The Gambia. What I told the family is that one day, the position will finish. It’s either you retire, or you are sacked from the position, or you die. Even me, I will one day become a former President.” President Barrow was quoted as saying.

However, the visit has landed President Barrow in hot water. His critics labelled the visit as abominable and insensitive to the plight of the victims of Jammeh’s 22-year rule, mainly characterized by gross human rights violations. His detractors have been adamant that the President has prioritized political expediency over justice and his personal interest over the country’s supreme interests. According to them, the President is wheeling and dealing to get re-elected in the upcoming crucial presidential election, even if that means allying with the very party he once branded as corrupt. The President’s National People’s Party allied with former President Jammeh’s Alliance for Patriotic Reorientation and Construction to boost his chances of winning the polls. The details of the agreement are shrouded in secrecy. Nevertheless, observers believe that the return of the former President is likely to be one of the key conditions laid by APRC to form an alliance with NPP. The move has drawn criticism from some segments of society who reminded the President that Jammeh presided over a regime that has murdered Gambians, tortured Gambians, maimed Gambians, disappeared Gambians, exiled Gambians, hired and fired Gambians, extrajudicially imprisoned Gambians, orphaned children and widowed women. The wounds are still fresh, and the Government is in no mood to wipe the tears of the victims who increasingly feel abandoned and left to fend for themselves. President Barrow never visited the Victims Center to commiserate with the victims who endured the brutality of the former regime. The victims are increasingly concerned that the much-awaited recommendations of the Truth Reconciliation and Reparations Commission are likely to be trashed considering the fact the transitional justice program has been in tatters. The 116 million dalasi draft constitution is in a coma with no hope in sight to get resuscitated any time soon. The famous Janneh Commission’s report has been watered down. With these experiences borne in people’s minds, there are low expectations regarding the outcome of TRRC on which the Government of the Gambia has spent 50 million dalasi.

TANGO, the civil society umbrella group, is planning a protest march on October 16, 2021, in solidarity with the victims of human rights violations.

The international community is watching the Gambia very closely, with the United Nations recently affirming that the perpetrators of the Jammeh regime must be brought to justice.

Justice needs to be served before any meaningful reconciliation can take place in a deeply bruised nation.