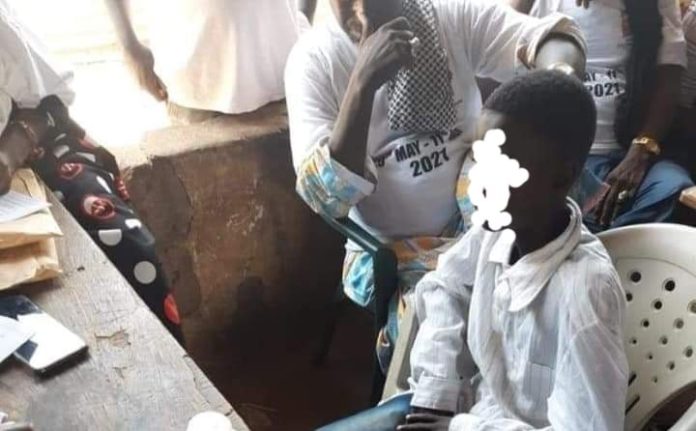 Gambia For All has issued a statement saying it is ‘seriously’ concerned about the ‘disorganised’ manner in which the voter registration exercise is being conducted.

BB Darbo’led GFA’s statement read: “It’s been a week since the start of the all important general registration of Gambian voters for the upcoming national election cycle which starts in the first week of December 2021.

“Gambia For All party (GFA) is seriously concerned about the disorganized manner in which this important exercise is being conducted. After preparations lasting over four years, with millions of dollars of tax payers money spent, the first week of voter registration has only given us frustrating long queues, broken-down registration machines, confusion about whether mayors can or cannot attest document for registration, allegations of ferrying in of voters from neighbouring countries, and pictures of what looks like minors waiting in queues to be registered for voting.

“Granted, the problems are not all of IEC’s making. The Barrow administration has woefully failed to provide adequate and timely support to IEC’s  activities, including importantly, extending voting rights to  hundreds of thousands of Gambians in the Diaspora, a right in The Gambian Constitution, that the GFA party Leader and concerned Gambians have brought before the Supreme court of the land and had a ruling in their favour.

“However, a greater share of the blame has to be laid at the door of the IEC. Whether by design or incompetence, it is not acceptable that equipment made for the purpose of voter registration under the Gambian tropical climate are frequently overheating, and thereby delaying the limited time available for registration.

“As stress, ware and tare increase, we must expect more frequent machine downtime due to overheating. What will this mean for Gambians who would want to register, but could not do so due to no fault of theirs? IEC must provide them with answers.

“GFA will be keenly observing to discern a pattern to this frustrating scenario, and will draw appropriate conclusions as regards the whole registration process, the subsequent election integrity, and will decide what actions if any, to take going forward.”