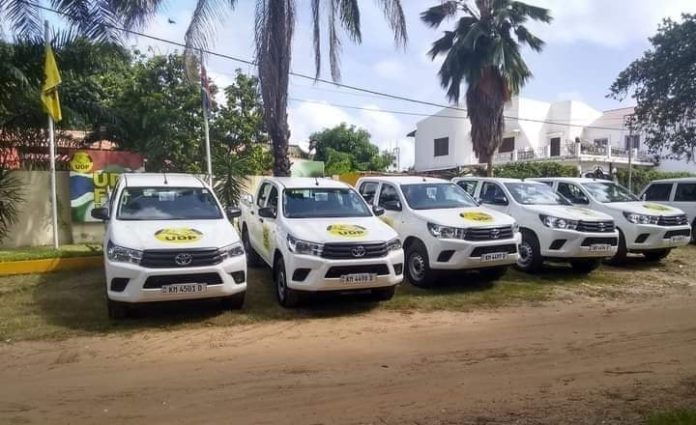 UDP on Wednesday displayed new vehicles procured by the party as campaign intensifies for the December presidential election.

The vehicles, five in number, were presented at UDP leader Darboe’s office in Pipeline on Wednesday.

Mr Darboe speaking during the ceremony said: “This is a great day for UDP. This shows we are poised to take State House on the 4th of December this year. Our party has never been so lucky and it has never been so prepared for an election and our preparedness has been largely due to the forsight, initiatives of people you have put in charge of of running the affairs of the party.

“So we want to really appreciate all this good work that you’re doing and this has come about because of the high hope, high expectations of the people that the next government in this country is the one that is going to be led by the United Democratic Party.”