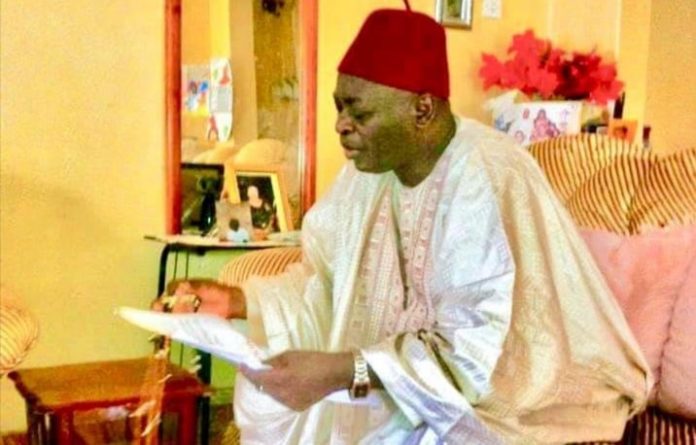 Last Sunday Alhaji Imam Tafsir Gaye died aged 84, and I lost another friend and confidante of twenty years standing. He was an astute scholar of Islam, who trained at the most respected, prestigious and oldest Islamic institution of Higher Learning, Al-Ahzar University in Cairo, Egypt.

He arrived in Cairo in 1962 following many years of Dara scholarship in Bathurst and in Tivavoune. Egypt at this time was under the very inspirational rule of Colonel Gamal Abdel Nasser(1913-1970). Nasser was a great Pan-Arabic and Pan-African. Like his friend Nkrumah, Nasser did not see the Sahara as a divide but as a contour of cultural and economic continuity which unites.

Nasser opened the doors of Al-Ahzar to African students in ways no other Egyptian leader did in modern times. Usually, the Gambian students would stay close to ten years, because if you reached the famous gates of Al-Ahzar, you knew you were in a pantheon of knowledge and so you must drink deep in its founts. Most Gambian students like my respected teacher K.L Jagne, stayed for over ten years doing Middle, High School and university courses.

Alhaji Tafsir only returned in 1971 and soon became a teacher in the newly formed Muslim High School. He taught Islam and Arabic there until he retired from active service.

Alhaji Tafsir at an early age became a close confidante and protégé of Alhaji Imam Abdoulie Jobe(1910-2004), the well respected Imam Ratib of Banjul, who had honour of leading Gambian Imams from 1982 to his demise in 2004. For a few years before Imam Jobe’s demise, Alhaji Tafsir regularly led the main congregational prayers at the Main Banjul mosque, and became a leading and respected member of the Bathurst Muslim Elders Committee, and always eager to spread and strengthen Islam.

Another way he supported Islam was through his regular Islamic column published without fail in the defunct Daily Observer from 1992 to 2017! Each Friday, including the Friday of July 22 1994, Alhaji Tafsir will anchor the Wahtanu Ajuma column discussing various Islamic topics in simple prose which all readers could imbibe. Not many readers of this very popular and dependable column knew the trouble Alhaji Tafsir had to undergo each week to put the copy of the column on my desk as Features Editor at the Daily Observer. Even I did not know until he told me one day in the office.

He said for each column, he would research and draft it in exquisite Egyptian Arabic. Then he will translate it into Wollofal. Then he will read the Wollofal to one of his children like Amran or Dabakh or his youngest wife, who will draft an English version. He would get this English draft translated back to him to cross check, before he asked them to type out a final copy which he must sign before dropping the column himself to me. This was the level of panacahe he had for righteous knowledge and its spread.

Moreover, Alhaji Tafsir did lot of missionary work in Senegambia and in the USA and Europe. An ardent disciple of the Tivaoune Sect and for many years, its official Representative in Banjul, Alhaji Tafsir believed in reaching out to the talibes in climes where their access to religious knowledge could be spotty. He made yearly missionary trips, which caught the positive eye of the US State Department and in the 2000s enjoyed a Travel Grant to USA in the aftermath of the 9/11 attacks.

Alhaji Tafsir enjoyed talking about Nasser and Egypt. Many a times, he will visit me at the Museum with one of the numerous photo albums he kept of his student days under Nasser. In one photo, I well remember, he was dressed in suit, and was shaking the hand of Nasser at an Al-Ahzar function. In another photo, Alhaji Tafsir was bestrode a dromedary, resplendent in Bedouin garb with a silhouette of the great Sphinx giving him a canny resemblance of Lawrence of Arabia, whom, in fact, he told he admired for helping to unite the disparate Arab clans. He knew Arabic and Arabs well. He knew the origins of the various Ruling Families, but as a Nasserite, he thought Arab Republicansim had a brighter future in the Orient.

Alhaji Tafsir was a restless scholar and propagator of Islam in The Gambia and beyond. He was a brilliant preacher, and a patient and affable person who I will sorely miss. To his family, and many talibes here and yonder, I pay my sincere condolences and pray that his soul rest in perfect peace.