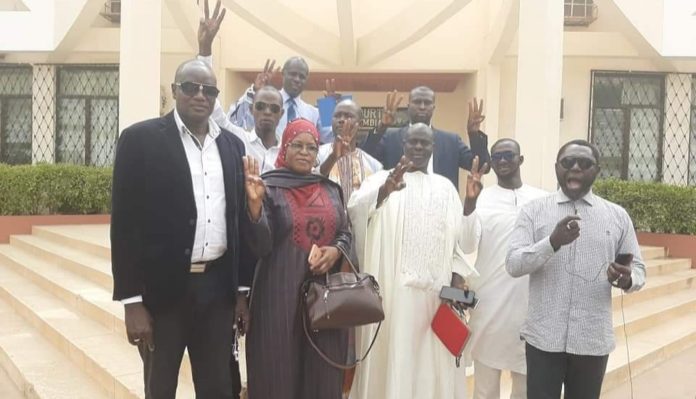 Nine top officials of the now-defunct Operation Three Years Jotna walked from court today after the state opted out of the case.

A statement by the justice ministry said: “The Honourable Attorney General and Minister of Justice has taken the decision after careful consideration to put a halt on the criminal proceedings against the accused persons charged with various offences under the criminal code in respect of activities arising from the incident of the 26th day of January 2020 popularly called the ‘three years jotna’.

“Whilst the Honourable Attorney General is under no obligation to state the reason or reasons for his action, the Honourable Attorney General wishes to state that this humanitarian gesture, taken after consultation with the President and within the Ramadan spirit, is predicated on promoting peace and reconciliation among all stakeholders in the political process as we approach the upcoming elections in December this year.

“The Honourable Attorney General would like to seize this opportunity to urge all citizens and residents of The Gambia to be law abiding and to avail themselves of the legal means and mechanisms in place for the redress of grievances.”

The officials have been battling with the state following violent protests they led in January 2020. They were arrested and charged with various criminal offences.

One of the officials Haji Suwaneh shared photos shortly after the development where they are seen making three-finger salutes.