The Fatu Network
Home Analysis & Comments The PPP 2018 Congress: when will the dust settle on the once...
Facebook
Twitter
WhatsApp
Linkedin
Viber 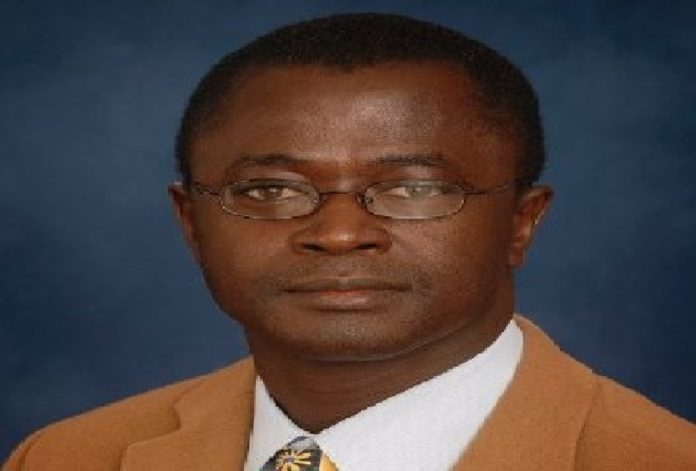 After some 19 years of hiatus, the National Executive of the PPPconvened its first congress on December 28 to 30, 2018. On 30thDecember 2018, the Congress delegates attempted to elect the Party’s next Secretary General and Party Leader. The two aspiring candidates that emerged for the position of Secretary General and Leader of the Party and their resumes are follows:

History of association as member, militant & servant of the PPP

Employment history:Not provided as part of the submission to the National Executive when he announced that he was contesting for the role of Secretary General and Leader of the PPP. However, this articlehas given details of some of Mr. Dabo’s qualifications.

With the information above before them, one would hope that the delegates registered to vote would make an informed choice, knowing what each of the aspirants would bring to their party. And given that the current “Coalition government” needs a good jolting to wake it from its slumber and begin its programme of activities as per the Coalition 2016 MOU, the Coalition 2016 manifestoand also given that the PPP needs serious reawakening, one hopes that the voting delegates would choose a candidate under whose leadership the party would be rebuilt and returned to its former glory, ready to form a government at the next elections this year (2019).

Following the elections, Mr. N’jie was announced the winner with 272 votes and Mr. Dabo 227 votes. Mr. N’jie expressed his delight of being elected to lead the PPP. He said that his victory was an indication that the PPP was reviving to suit the younger generation. And it seems clear that the voting delegates are over the age of 18, which is the accepted age to be a member of the PPP. If the dust settles and Mr. N’jie is confirmed the Secretary General and Leader of the PPP, Mr. N’jie, under the watchful eyes of Mr. Omar Amadou Jallow (aka OJ), may be able to unite the party members and rebuild the PPP to its former glory.

However, the celebrations in the camp of Mr. N’jie seemed muted or short-lived because on January 1, 2019, the PPP interim National President Alh. Yahya Ceesay and two other members of the National Executive Committee (Hon. Dudu Taal and Hon. Kalilu Singhateh) issued an unsigned press statement rejecting the results of the PPP December 30, 2018 electionsciting serious irregularities, namely that Mr. N’jie is not a bona-fide PPP member. Other irregularities cited included the registration of unqualified constituency delegates, bribery and intimidation of delegates by withholding transport funds and food. But if Mr. N’jie was not a bona-fide PPP member or that his candidature as a bona-fide member of the PPP was not approved by the National Executive Committee of the PPP, I find it perplexing that he was allowed to proceed as an aspirant to lead the Party. I think we deserve to know why this happened. And if the allegation is true, does this mean that the National Executive of the PPP was unable to follow their rules or processes? And given the content of the press release, one cannot also help but wonder if all of the delegates who voted were a true representation of the constituencies they are supposed to represent and if they also fulfilled the voting criteria as per the Constitution of the PPP. Indeed, is it provocative to question the nationality of the delegates? I ventured into this area because shortly after the elections, a reliable source told me that a delegate waiting in the queue to vote was heard of asking another “Kan lanyo votal sahk” (Wollof for “who are we supposed to vote for”)? Apparently, the colleague answered by pointing to Mr. N’jie’s photo.

In the 19 years of inactivity, it seems that the PPP under its more recent leadership made little or no effort to reach the voters in the provinces. Besides, there is ample evidence that less than a week before the Congress, only 23 constituencies were known to have the required 10 delegates each to be able to vote. This begs the obvious and relevant questions: How were the delegates from those 23 constituencies chosen or selected- do they adequately represent the views of their constituents? What is surprising too is that on or just before the day of the elections, we were made aware that all of the delegates from the remaining 30 constituencies had been composed. On this last point, one might consider this: Assuming that my dad came from Sika (Upper Nuimi) and I and my kids were born and have lived in Hagan Street all the while, can any of my sons/daughters vote for a Constituency in Nuimi or Upper Nuimi? It will be interesting to find out if the findings of Alh. Yahya and his team into the election irregularities would uncover how the delegates from the 53 constituencies were composed and if they were truly representative of the constituencies they are supposed to represent. We hope that that such a report will receive the blessing of the majority of the reported 84 Executive members of the PPP. Overall, it seems clear to me that the PPP has a lot of house-keeping work to do and would need the wisdom and dynamism of a capable leader to reawaken the party’s spirits and return it to its former glory.

Another point that an observer could not miss was that during and leading up to the Congress, OJ clearly endorsed Mr. N’jie. While there is nothing wrong with that, I think it was obvious and possibly inappropriate for OJ and Mr. Kebba Jallow to hug or hijack the proceedings of the 2018 PPP Congress. Principally, they were the two that spoke. In fact one could be forgiven for thinking that OJ was invited as the chief griot of Sir Dawda, Mr. N’jie’s father (Alh. Musa N’jie of blessed memory) and he also indulged by telling us about his own personal sacrifice for the party and country. This left me rather confused and I wondered if Mr. Dabo was competing for the leadership of the Party against Sir Dawda, Late Mr. N’jie Sr., Mr. Njie Jr., or OJ himself. I think this must go against the principles on which any decent party would be founded; it left me wondering if this is what the PPP is about.

It is now alleged that contrary to the view OJ expressed many a time that he had no PPP leadership ambitions, but his behaviour during and after the Congress seems to indicate the contrary. Could it be that he is not confident to compete against Mr. Dabo as Secretary General and Leader of the PPP? Anyhow, if he does not have any leadership ambitions, he appears to have an appetite for a prominent role within the party. Indeed in a recent interview, he expressed that he would remain in the Executive Committee of the party and would advise(listen to the full programme or from 58.55 mins onwards). One hopes that OJ knows that power is difficult to share. If he does not know this already, there is some time for him to learn something from the unfolding divorce between Mr. Ousainou Darboe and President Barrow.

Any objective observer may have also noted that the proceeding of the Congress was rather untidy. It seemed that OJ was in charge of electing the party President, Treasurer, etc. and it is unclear if the proceedings were recorded. To ask the members to raise their hands in support of a candidate to occupy party positions such as President, Treasurer and so on seems to me something the PPP and any serious party should have long graduated from.

As we wait to hear more about the alleged election irregularities and the allegations turn out to be true, the damage that may cause to the reputation and credibility of OJ and Mr. N’jie may be colossal. But regardless of the findings, it seems that the PPP as a party has been poisoned and would need a lot of skilled effort to administer the correct dose of solution to help bring the members together as well as help the party to grow. In my view, undignifiedposturing, including spreading lies and defamations about party members will not help rebuild the PPP and attract new members to the party. 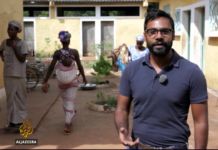