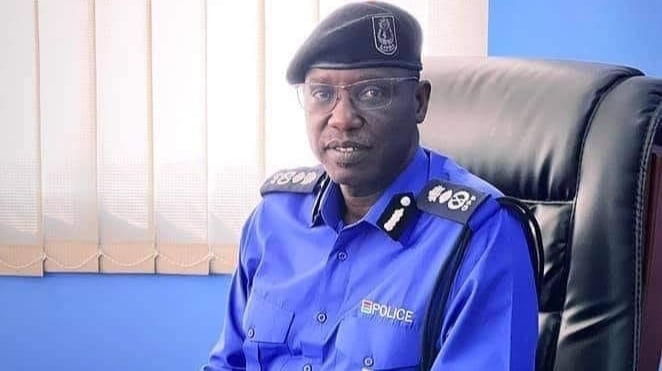 Almost one month after the Gambia’s Inspector General of Police’s unceremonious demise, Alhagi Mamour Jobe, Abdoulie Sanyang has been named as his successor, with President Adama Barrow widely acclaimed for the move. However, the President has been chided for taking too long to name a replacement or an acting police chief in light of the crimes ravaging the country in recent times.

Prior to his elevation as the nation’s new police chief, Sanyang has been praised for his impeccable record as a straight shooter and a no-nonsense officer.

Mr. Sanyang’s appointment comes when the country grapples with an unprecedented rise in crime, including murder, rape, armed robbery and burglary, which has exacerbated a sense of insecurity in the country.

Cognizant of this reality, the police have declared war on crime by launching a “Zero-Crime operation, aimed at clamping down on crime and criminals. The campaign has led to the arrest of a significant number of alleged culprits and the seizure of drugs, arms and many stolen items.

While a section of Gambians has maintained caution over the move, many have welcomed the crackdown expressing hope that it might restore sanity, peace and security to the country.

It’s an open secret that the Gambian police are ill-equipped and largely demoralized mainly due to low wages, so the Government is duty-bound to consider the plight of the police by increasing their salaries and improving their living conditions. Corruption within the police ranks cannot be eradicated without concrete measures to improve their lives and livelihoods, considering the risks associated with their work. That, in fact, should be a top priority for the incoming police chief in order to maintain momentum and goodwill. He must step up to the plate, or else the euphoria over the police’s crusade to crack down on crime and the success registered will be short-lived.

On that note, I congratulate Mr. Sanyang on his appointment as Gambia’s third Inspector General of Police under the Barrow administration.