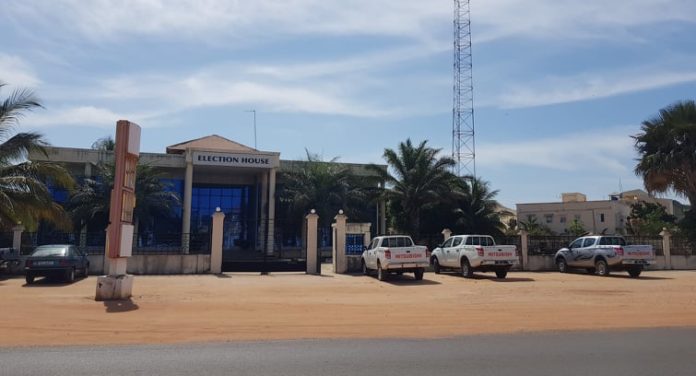 In the annals of Gambian politics and our unflinching determination to untether ourselves from dictatorship and tyrannical rule through democratic means, one institution that was inundated with a plethora of praises and commendation is the Independent Electoral Commission (IEC) due to the pivotal role it played in ensuring that the will of the Gambian people was not subverted in the 2016 presidential elections. One would have expected the IEC to build on that success but that has not been the case. Just before the announcement of the final results of the Niamina West by-election, we saw the current chairman of the commission punching numbers on a calculator in what I think was the addition of numbers.

A sickening sensation assailed me upon seeing that because the IEC should not have an eighty-six-year-old using a calculator as a final check of the arithmetical accuracy of election results. He should be reading the results from a wide screen, with the numbers having been entered and checked by some computer program. Even a simple excel spreadsheet that is prepared and reviewed by multiple people could be used in this case. From 2016 to date, the IEC’s performance continues to be mediocre. If there is anyone or any institution that is oblivious of the fact that the next presidential elections will be held in December 2021, that is certainly not the IEC. They had almost five years to prepare for the conduct of the next presidential elections. Arguably, that is ample time to put its house in order and be election ready.

With political parties sprouting left, right and center in an environment that is nearing saturation point, the IEC ought to see the tenacity of Gambians in the democratization process. Thousands of fourteen-, fifteen-, sixteen- and seventeen-year-olds in 2016 have all reached the voting age and should be ready to cast their votes in December. What could be more monumental in the activities of the IEC than a registration exercise that would put voter’s cards in the hands of these young people? Shouldn’t the IEC sensitize the public on this pivotal exercise, weeks or even months before the commencement of the registration exercise? Should they not hold a press briefing to detail out the plans and modalities of the registration exercise? To our utter dismay, they issued only a statement-long press release that the registration exercise was postponed until further notice, just a week before the commencement date of the voter registration. When they later appeared before the Finance and Public Accounts Committee (FPAC) of the National Assembly, the IEC argued that they could not conduct the registration exercise because their requested budget has been cut significantly, meaning they have not been given enough financial resources to conduct such an exercise. FPAC’s reason for slicing the IEC budget was that a lot of prices for the items listed in that budget have been inflated, so they had to redo the math thereby cutting the budget numbers to reasonable amounts.

The IEC responded by saying the items will be used for several years, so they ought to be of the highest quality. The issue here does not require the services of a mediation expert to get resolved. Let the Gambia government buy the requested items at the reasonable prices and not the IEC-inflated prices, and then hand those items to the IEC. Then we will see if the commission would reject the items and demand the receipt of funds instead. It is my fervent belief that they will not be that infantile.

Election 2021 is a monumental event that Gambian voters are looking forward to, considering the level of political activity in the country despite the global pandemic that has ravaged communities and confronted every level of the world economy. The quality of refereeing in this national event should neither be mediocre nor feckless. This institution must understand that its decisions and actions have more profound consequences than one might think.