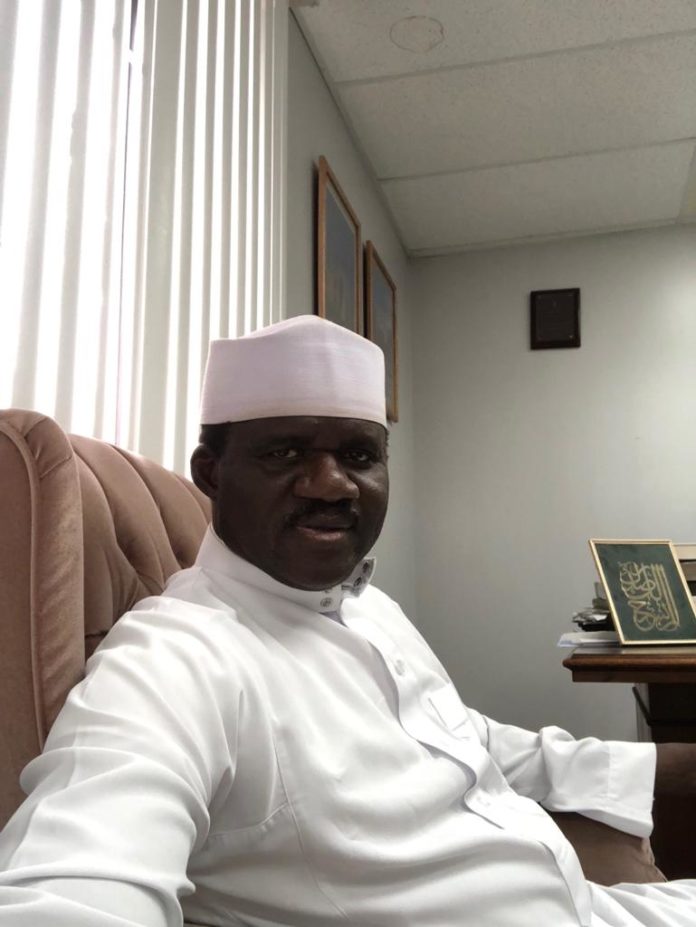 Yahya Jammeh does not use any supernatural means to rule Gambians for more than two decades. Jammeh’s strength lies in his ability to cage, silence or disappear Gambians who matter. Who matters more than religious and local government leaders? Almost all of these leaders, except a few, bowed down to Mr. Jammeh for obvious reasons. The Kanilai monster controlled the men of God and their flock by greasing their palms with money, detaining them incommunicado or setting them up to commit adultery. All he wanted was to be anointed and seen as demi-God. Was he not the same leader who bragged about speaking to Allah, repeatedly threatening to bury people six feet deep? Jammeh — nothing but a mortal being — claimed to have owned a country whose citizens question his citizenship, considering his close ties with Casamance.

Many of our religious leaders never faulted Jammeh and even supported attacks on their colleagues, blaming them for going against a ruler, which to them, is un-Islamic. Their submission to Jammeh was unquestionable. In fact, one religious leader became so obsessed with the Jammeh submission that he compared the transgressing ruler to Prophet Yahya. Comparing an idol worshiper to a clean prophet of Allah is the height of dishonesty, hypocrisy and injustice. The Holy Quran is very clear in Suratul Qalam:

Then will We treat the Muslims like the criminals?What is [the matter] with you? How do you judge? Or do you have a scripture in which you learn. That indeed for you is whatever you choose?

The Quran addresses such scholars in Suratul Baqara:

Do you enjoin upon people godliness and virtue but forget your own selves, (even) while you recite the Book (and see therein the orders, prohibitions, exhortations, and warnings)? Will you not understand and come to your senses?

The good news is that not all religious leaders sold their souls to the Devil. Three Imams: Bakawsu Fofana, Baba Leigh and Momodou Ceesay consistently spoke truth to power and enjoined Gambians to salvage their own souls from a transgressing leader. Imam Leigh and Fofana were both detained arbitrarily and mercilessly tortured for refusing to side with falsehood.

Imam Ceesay, on the other hand, was neither detained nor tortured. He had a choice to stay quiet. But his belief in what he had read and understood pushed him to champion the fight against the Jammeh dictatorship. The Resident Imam of Detroit Muslim Center would not allow any petty talks or backbiting to sway him from putting the message across. “Why would I fear a mortal being like Yahya Jammeh, the man who would die like me,” Imam Ceesay repeatedly told his audience. “If I fear a mortal being more than Allah then my knowledge is worth nothing. Prophets and Messengers of Allah have been tasked to speak and defend the truth at all times. Since scholars do the mission of Prophets why should I run away from my duty.”

Over the years, Imam Ceesay had proven to be a voice of reason, wisdom and reliance. He used the pulpit, the online media (Kairo Radio) and the social media to get into the hearts of oppressed Gambians. His messages had been clear: “let’s put our faith in Allah and remain steadfast on our resolve to uproot a Cruel Dictator. Yahya Jammeh is a symbol of Pharoah who also tortured, killed and exiled his opponents,” Imam Ceesay said before Jammeh was dethroned.

Some people were convinced that Imam had already crossed Jammeh’s red line and was therefore waiting to receive the Dictator’s wrath. “A close relative told me that I was blacklisted at the NIA. He said I was waiting to be harmed by Jammeh’s agents. But I want to assure everyone that by Allah’s will Yahya Jammeh will not be in power anytime I want to go to The Gambia. This is Imam Ceesay talking. I know what I’m talking about. I don’t have any business in The Gambia right now. I have been inundated with so many things.”

Imam Ceesay heads the Kairo Radio’s Religious Affairs. As an anchors of the Friday Islamic radio programs, Imam Ceesay’s audience continues to get wider, with Muslims eager to talk to him about their religious and social concerns. Imam Ceesay’s Karantaba, a question and answer program, has become one of the flagship programs of Kairo Radio.

Imam Ceesay’s goal is to see a Gambia where peace and stability reigns forever. “Gambians must unite, embrace one another and live in peace. Nothing must divide Gambians because what unites them is bigger than what divides them.”

As a token of appreciation, One Gambia Organisation decided to rally rally people to give a hero’s welcome to an Imam who had heavily invested his time, energy and resources in the service of the Muslim Ummah. Thousands of Gambians of all walks of life, including leaders of religion, society and government are expected to welcome Imam Ceesay at the Banjul International Airport at 6:30 pm on Saturday, January 26th.

Born in Jarra Toniataba, Imam Ceesay started his education with the late Sheikul-Islam Alhagie Jarjusey of blessed memory. At age 13 he completed the Quran memorisation and then traveled to Tivaone in Senegal to study Tafseer and Hadith. Imam Ceesay acquired scholarships to further his studies in Tunisia and Egypt’s Al-Azhar University, graduating with distinction in Arabic Literature and Islamic Studies in 1984. Imam Ceesay founded Jamiyyathul Shabab Al Islamia for the youth and translated the Quran into Madinka language. He moved to New York in the United States in 1989 before finally settling in Detroit to help guide, teach and Gambian immigrants and other Muslim brothers. Since 1995, Imam Ceesay has been living in Detroit where his potentials to lead and impart knowledge were discovered resulting to his appointment as the deputy Imam and later Chief Imam of the Muslim Center. Imam Ceesay has since been delivering Khutbahs, holding Islamic conferences, teaching Quran classes and attending to the needs of Muslims. He is known for being an interfaith champion who seeks to bring people of different faiths together. Imam Ceesay is among the many blessings to the Muslim Ummah in general.