The Fatu Network
Home Analysis & Comments The imam and the journalist: The story of Baa-Kawsu and Taranga FM
Facebook
Twitter
WhatsApp
Linkedin
Viber 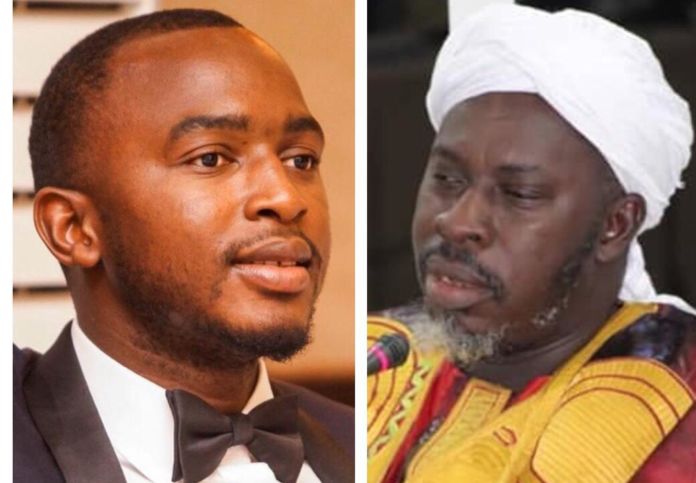 Following his appearance at the ongoing Truth Reconciliation and Reparation Commission on Thursday, popular preacher and Islamic Scholar, Imam Baa-Kawsu Fofana became an instant social media sensation and his frequent sips from the football-size silver kettle aka ‘’Tashaalo’’ going viral.

As illustrated by such a rare public display of ‘nonconformism’, the Imam is as humorous as he is controversial. Love him or loathe him, Baa-Kawsu is a master communicator who knows how to penetrate the psyche and dinner table conversations of the Gambian society. Ask some, they would describe him as a bigot who uses his platform to castigate the minority (Jolas) and mock the weak and vulnerable in society (albinos). To many though, he is a highly regarded Islamic scholar who speaks truth to power without mincing his words.

At a time when the Gambian public was suppressing deep dissatisfaction with the status quo and the custodians of the Ummah were dancing with the devil, the ‘Mori-baa’ became famous for his highly charged critical reviews and condemnation of the ruling political and religious class. He would attack Jammeh as Bakary Banjul (which he would be later questioned about during his gruesome grilling at the NIA) and refer to Imam Fatty, one time State House Imam, as the ‘Imam Borabaa’. Such a rambunctious style of preaching attracted congregants from far and wide who flocked his masjid in Sanchaba in thousands. Communities across the country would be inviting him as the Guest Speaker at ‘Gaamos’ and other Islamic gatherings. Quickly, the Imam became a huge center of public attention, and because controversy sells, the local press caught on and also developed an interest in what he had to say.

His popularity coincided with one of the most interesting episodes of my broadcasting career. Around 2011 to 2012, the Mandinka news programme that I produced and presented on Taranga FM called ‘Bitilo Kibaro’ became one of the biggest radio programmes in the country. Being the only independent news programme targeting the illiterate majority at the time, Bitilo Kibaro became the first point of call for news and current affairs for many in The Gambia. It was setting the narrative and driving conversations in the country. Although the radio network did not cover the whole country, I had heard testimonies of people uploading all editions of the week on a memory card and sending them to their families in the provinces to bring them up to speed with current national and global happenings. Another man told me he would listen to the entire 40-minutes news programme on a phone call anytime he traveled to the provinces. Even at the Mile II Central prisons, I’ve heard that the show was religiously followed.

By virtue of its widespread popularity, the authorities turn their attention to Bitilo Kibaro monitoring everything being said there as they did with the Imam’s turbo-charged sermons.

As faith would have it, the popular Imam and the biggest radio programme at the time would cross paths, after severally featuring stories about his comments on current issues like the ever-controversial moon-sighting debacle, the eid days hullaballoo, Jammeh, Imam Fatty, the Supreme Islamic Council, among other hot issues.

The blistering sermons led to the infamous televised showdown with the President of the Republic and the leadership of the Gambia Supreme Islamic Council, which Jammeh declared as ‘the last warning’ for him to either behave or be sent his ‘5-star hotel’. Being the stubborn man that he was, Imam Fofana refused to be silenced but doubled down on critical sermons, and in the process, attracting more people to his Masjid for Jumaah prayers. Before long, he got arrested and tortured for about nine (9) days by officers of the notorious now-defunct National Intelligence Agency. After his release, he placed himself under a self-imposed silence declaring that it wasn’t time to disclose what happened at the NIA. ‘When the time comes, everything will be disclosed’’, I recalled him telling me.

Soon afterward, that was exactly what took place: he granted us an interview and laid bare everything that transpired during his encounter at the NIA. He said he was asked about why he would refer to President Jammeh as ‘Bakary Banjul’ or ‘Banjul Mansa’, and not his right honorific. They also asked about his beef with Jammeh, the Jola ethnic group, as well as the supreme Islamic council, he added. I can remember him telling us that he was taken to a dark room, where huge men, who reeked of alcohol, rained blows and slaps on his face and hit his head with canes. Perhaps more startling for me was his revelation that the torture exercise was being recorded on video. ‘Recorded for who?’, I remember asking myself. ‘Maybe for Jammeh’s own amusement’, I thought. Bakawsu’s detention and torture marked the beginning of a renewed attack on the religious class, especially the ones critical of the regime. It culminated in the unannounced arrest and detention of Imam Baba Leigh of Kanifing South Mosque four months later.

A few days after airing parts of the Bakawsu interview on his ordeal in detention on the Mandinka News programme, NIA agents surrounded BaaKawsu’s home to arrest him again but how that showdown truly transpired remains a mystery to this day. According to reports, family sources said he disappeared into thin air while being arrested and that they could not tell his whereabouts. Months later, the country would hear from him in Cassamance where he sought refuge until Jammeh declared a general amnesty in 2015.

On the same night of BaKawsu’s arrest, personnel of the NIA on board three pick-up trucks stormed the premises of my radio station, Taranga FM, at around 10:00 – 11:00 p.m. ordering the operator on duty to shut down the radio immediately. The Standard newspaper also got shut down in the same week. The closure of the radio marked the start of untold suffering and fear for most of the employees. I could remember feeling that I was being monitored and followed any time I went out.

Our media house would remain closed for about two years and most of us who couldn’t wait any longer had to move on to other media houses. I went to the newly opened Star FM radio where I rekindled the same kind of news programme to empower the masses with information so that they could participate in governance and development.

Thus, on Thursday, when I heard the Imam mentioned the interview in question during his testimony at the TRRC, it brought back grim memories of the personal sacrifices and risks that we took at a time when journalism in The Gambia was a risky business. 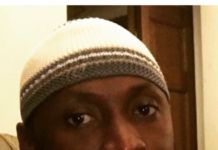 MR. President: CIVIL DISOBEDIENCE IS THE LIFE BLOOD OF A DEMOCRACY