The Gambia: Searching For That Ideal Leader 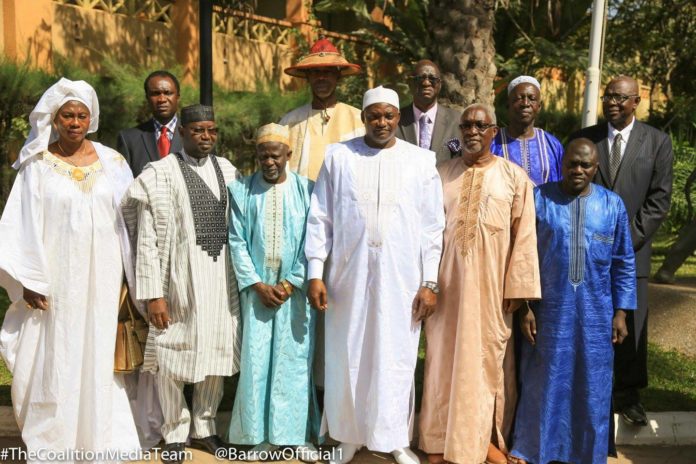 As Adama Barrow began his presidency almost five years ago, one wondered what kind of a leader would he turn out to be. His lack of experience was already baked in the national consciousness. It was a given that he was always going to struggle to find a foothold in the complex world of governance.

But on a broader canvass, Barrow’s presidency, as is the wont with any incoming leader, was going to be put on a comparative test: How he measured up against his two predecessors —- Alhaji Sir Dawda Kairaba Jawara and Yahya Jammeh. The two predecessors turned out to be markedly different in their governing styles and in their approaches to constituent matters.

Jawara was a democrat, a paragon of soft power, a consensus moulder. He was a first-rate politician with first-rate oratorical skills. He ruled, not with an iron-first, but with a conciliatory tone, a tone moored in tolerance for dissent, in multiparty politics, in the rule of law, and all in a country which was enjoying, except for a few snags in its political life, sustained boom times of peace and tranquility.

But Jawara wasn’t spotless. With him, and particularly in the dying days of his presidency, you got the impression that the man was short on impetus, the ability to make things happen or happen quickly. Essential things weren’t done or done at a glacial speed. He failed to bring university education, a national TV. He failed to modernize the country with roads, bridges and other infrastructural necessities. He failed to go big on the national question. That Singapore Dream of his turned out to be just that: a mere dream with neither the ideas nor the energy to implement it.

Mired in inertia, and a presidency reduced to vanishing lengths, Jawara’s last days helped usher in his successor Yahya Jammeh, a man with an oceanic plenitude of energy and courage and determination, a welcome departure from the laggard ways of yore.

Unlike Jawara, Jammeh was a ruthless dictator who didn’t believe in democracy. He crushed dissent. He sent his opponents to the slammer. Or worse. He orchestrated chaos and induced permanent fear in the hearts of the citizenry.

But where Jammeh impressed, and performed better than Jawara, was in the arena of presidential ardor, the drive and motivation for the consequential, the steady resolve to break things up and start all over again. With Jammeh you got the full portraiture: a leader convinced of his smarts, bold in his decision-making and colossal in his ambitions to transform the country even as he consolidated his grip on power.

With their former presidents ——Jawara and Jammeh —— Gambians weren’t in any doubt about what each one of them epitomized: one was a democrat, a believer in a free civil society, but limited in drive and inventiveness. The other was a tyrant who killed his people but nonetheless had lots of push in him to reshape his country.

If only we could have a leader who combined the best of what both Jawara and Jammeh possessed: a democrat with the vigor and the courage and the audacity to bring genuine changes to our politics and governance.

The Gambia needs such a leader. President Adama Barrow has had the chance to be such a leader. He has the temperament of a democrat, in the cast of Jawara, but he still lacks the adrenaline and the pluckiness of Jammeh. We can’t afford to have one without the other.

Coming out of a long-term dictatorship as we did, The Gambia needed a leader with a tolerant disposition to work in synch with and not get in the way of, our revived democracy. We’ve gotten that in Barrow. But we also needed a leader who wasn’t afraid to blow everything up and rebuild from the ground up, who would publicly rebuke the inefficiencies of government, demand excellence from and punish the malfeasance of, public officials. We’ve not gotten that from Barrow. Yet.

The Gambia has had three leaders in its 56 years of nationhood. The ideal one is still yet to come.

About the author: Cherno Baba Jallow, a native of Basse, lives in New York City. You can personally write to him at: [email protected]