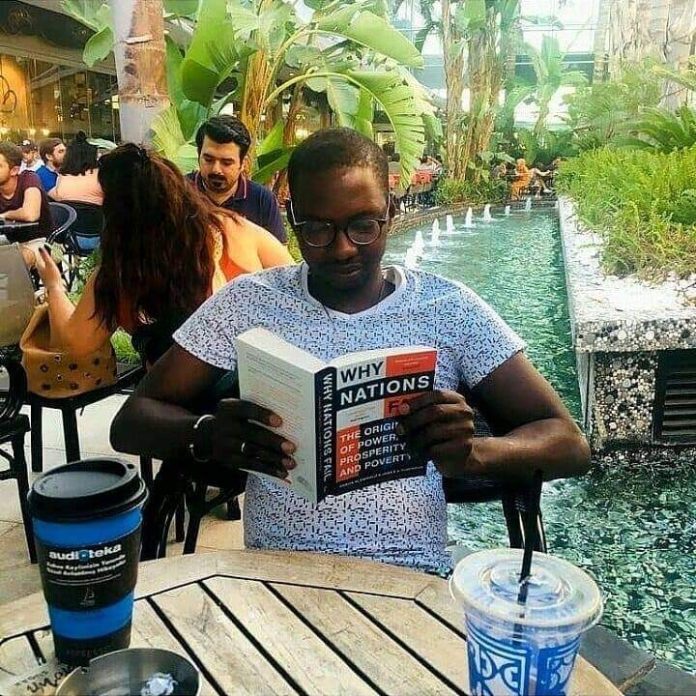 I am not quite sure whether the dust has finally settled, or is the start of a new droll movie, which features Ado’s entourage running like a scalded cat from a swarm of bees.  Unfortunately, the ‘lion killer’ was not captured in the episode perhaps, he was hiding in the governor’s bunker like the American boob did when protestors gathered outside the White House. Whatever the case, it was an unusual episode. Enough of that for now, it is of the essence not to allow this new-fangled episode cloud the principal issue at hand; the need for a people-centered constitution.

The constitution promulgation bill was recently rejected by our lawmakers. Had I been unconcerned, I would have shrugged my shoulders, sipped my hot chocolate coffee chirpily and read one of my favorite books, Born a Crime by Trevor Noah. Instead, I was concerned. Still, I am. It is needless to remind you at the very onset, that we can breathe the same air and have different opinions on stuff. Hard to believe, but it is possible. Maybe you don’t like the music, but please don’t shoot the pianist. It sounds intellectually lazy to argue that the draft constitution is flawless, but it is also out-and-out poppycock to maintain that the draft doesn’t merit a chance to the next level. If a nation like The Gambia is going through a transition or process of political change when an ‘expensive mistake’ strikes it can essentially shake the course and even the general inflection of the transition process. If we ponder for a second of our political transition, or even of our past at large, as a manuscript that is in the course of being written, we might say the ‘complete’ rejection of the draft was like putting a full stop before the end of the first sentence bringing the whole text to an end hence, giving no chance to dialogue and political discourse. There was no proper hindsight and bringing an end to something that merited a chance was not rational.

The drafting of the new constitution took place in post-dictatorship which calls for coast-to-coast unity and dialogue among Gambians. Lamentably, The Gambia, it seems, has become irrevocably fractured along political and ideological lines. When this happens, and caution is not taken, our national interest is at stake. The citizenry has the right to associate themselves with any political party and defend the party’s interest and policy, but in doing so we should not advance negative emotional retorts to those on the other side of the political fence if we want to live in a civilized nation. If there is hope for Gambians to move forward together as a country, it lies in the promise that democracy can bring those from different cultures and disparate viewpoints to the same table where they can work collaboratively based on a larger shared identity and the greater common good. This is only attainable when our actions align with our national interests. Through the tool called dialogue, we can move forward together in unison and harmony, and it was the practice of talking together that constituted the foundation for democracy for The Gambia.  Our political leaders should learn how to create ways for our people to actually think together. When we unlock our human potentials by learning how to think together in groups and teams then, we can forward.

It is significant to dig into the root factors that led to the rejection of the constitution promulgation bill before we can find ways forward. There are numerous dynamics that led to the rejection of the promulgation bill. Principally, Ado’s government initiated the process of drafting a new constitution and it was the same government that lobbied against it. The constitution is Ado’s immediate baby and he should have been the first person to defend it. It could be he doesn’t love his baby enough or probably it came out of the CRC’s womb with some undesirable features and he decided to strategically suffocate it to death behind the scene giving it no chance to breathe. The Attorney General facilitated the killing of the baby with his poor performance at the National Assembly. Common sense suggests that the AG cannot remain neutral; he introduced the bill to the National Assembly and should have advanced strong arguments to convince members of the National Assembly into voting for the draft constitution promulgation bill. It is not new in Gambian politics since evidence from the past has it that ministers are always at the call and beck of the president. Those in support of the draft could say he should have defended the bill based on principle, and those against the draft could argue that the AG is a political appointee and was expected to serve the interest of his political master and that is exactly what he did.  Those against the draft can further claim that the draft constitution was voted against because with the encapsulation of the retrospective clause the president will be prevented from running for a third term which is discriminatory. Fair enough, as the Coke Maxim states: “A new law ought to be prospective, not retrospective in its operation.” The draft constitution should not have included any retrospective clause. The law should be applied in the future or at least from the date of commencement of the constitution. Making the draft retrospective may affect the rights of other parties. As far as politics is concerned, the president won’t subscribe to anything that will jeopardize his political ambition. So, it can be argued that the draft will affect which has gone, or completed and closed up already. That is the president’s first term and that should not have been the case. But since the president was voted into office on the promise that he would serve only three years which is now five years and counting then, I think the noble thing he should have done was to support the draft by making an official statement to defend the people’s interest instead of his individual interest. But man by nature is selfish and power is sweet. Dialogue could have solved this issue.

Withal, the constitution also failed as a consequence of misinformation. NAMs were made to believe that they didn’t have the power to amend the draft. This was also a big punch to the draft constitution. The only possible option they saw at the time was ‘complete rejection’. Besides, it is hard to say, but some NAMs lack the facility to coherently grasp legal and political matters and their analysis was off the mark. I believe we should not apportion blame. They are simply a reflection of us. Everything goes back to the people and the parties that supported their candidacies. In a nutshell, the failure of the draft is a byproduct of our own actions and decisions. I hope next election we will vote based on principle and competence. Jerry Hill argues that literacy is the ability to read for knowledge, write coherently and think critically. It is the ability to communicate effectively. Literacy in any language enables us to absorb the lessons of history — and to stretch our minds to make informed decisions and choices. And, this very literacy is one of the fundamentals of democracy. Literacy is critical to our nation and essential to the democratic process. Every citizen has the right and obligation to make informed choices. That involves understanding the issues, evaluating the candidates, analyzing their positions and marking ballots correctly. If this was done during the parliamentary elections then we would have saved ourselves from all these troubles. Likewise, Gambians uncouth comments about the NAMs was the final nail in the coffin of an already foundering draft constitution. In a civilized nation, threats don’t work. Dialogue was the way forward. As Suzy Kassem argued in Rise Up and Salute the Sun, we cannot control the way people interpret our ideas or thoughts, but we can control the words and tones we choose to convey them. Peace is built on understanding and wars are built on misunderstandings. Never underestimate the power of a single word and never recklessly throw them. If we want to achieve our goals let’s try and employ the diplomatic approach.

Moreover, the draft constitution failed as a result of misconception. Many people thought the draft was tailored to meet the needs and demands of the United Democratic Party. The last time I checked the CRC composed of independent-minded legal luminaries. I can’t see any nexus between the draft and UDP. It is unfortunate that we cannot understand issues and make critical decisions. Those who voted against the draft because of this misconception didn’t do justice to the nation. By way of addition, the 8 NAMs UDP flushed out of the party saw this as an opportunity to fire back at UDP and advanced the president’s interest. So, it can be safely argued that the division of camps smoothed the failure of the draft as it is also obvious that the APRC camp wanted the draft to fail.  We have also seen that hypocrisy, greed and selfishness is eating The Gambia up. If you have observed prudently the voting at the NA you would notice that all the NRP NAMs voted against the draft. Was it an instruction from their political master? That guy is always at Barrow’s whims to advance his political ambitions. Hypocrisy and greed among Gambians further led to the failure of the draft.

Could it be maintained that the draft was already a dead one before it reached the NA? One may contend that the lack of due diligence by the CRC also led to the failure of the draft. Due to certain obvious clauses, the draft was rejected. The draft constitution precludes dual citizens from holding some offices. The lack of a constitutional stipulation, possible conflict of interest emanating from ‘divided loyalties’ is often cited as the moral argument against allowing dual nationals to hold public office. This reasoning however is flawed on multiple levels. Instead of depriving the country of the services of a large group of resourceful, dedicated and accomplished individuals, concerns of potential conflict of interest should be addressed by enabling greater transparency and by strengthening the accountability mechanisms stipulated in the 1997 constitution because while conflict of interest is a legitimate concern it is by no means exclusive to dual nationals. Greater scrutiny of the government’s functionaries by the opposition, media, courts and electorate would be a more judicious means of tackling the issue of conflict of interest than an indiscriminate ban would be. At a time when The Gambia is undergoing a transition, it needs all hands on deck. Therefore, instead of sidelining them, the government should make them greater stakeholders. In addition, the retrospective clause could have been avoided and other clauses like the discrimination against the minority group and barring people born in The Gambia from acquiring citizenship status.

The draft constitution strives to usher The Gambia in a new era where everyone’s wishes and aspirations are netted. However, the draft constitution has to some extent failed to capture that goal. This doesn’t translate to mean that the draft constitution was not good enough to be given a chance. It could have been amended for a consensus to be reached. I hope and pray we use dialogue as a tool and move this nation forward. Now is the time to engage in dialogue together.