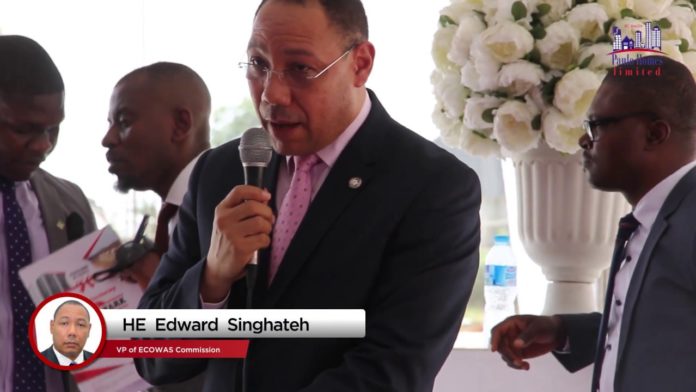 Edward Singhatey left his role as vice president of the Ecowas commission after his tenure ended almost a year ago, sources have told The Fatu Network.

The former defence minister of The Gambia has come under sharp national focus after the emergence of his name at the Truth, Reconciliation and Reparations Commission.

The TRRC is an investigation into the past human rights violations and abuses of former president Yahya Jammeh’s government, and the name of the former close confidante of Jammeh has emerged from the off.

As many as five witnesses have told the TRRC he has played a key part in a number of killings which include the November 11, 1994 bloodbath and the gruesome murder of a former Gambian minister of finance Ousman Koro Ceesay.

Gambians have been calling on the Gambia government to front Singhatey’s recall from the Ecowas Commission, his last known destination.

But a source close to Mr Singhatey told The Fatu Network on Friday “he is no more with Ecowas.”

“His tenure ended close to a year now,” the source added.

Meanwhile, The Fatu Network has learnt that the current vice president of the Ecowas commission is Madam Finda Koroma from Sierra Leone.