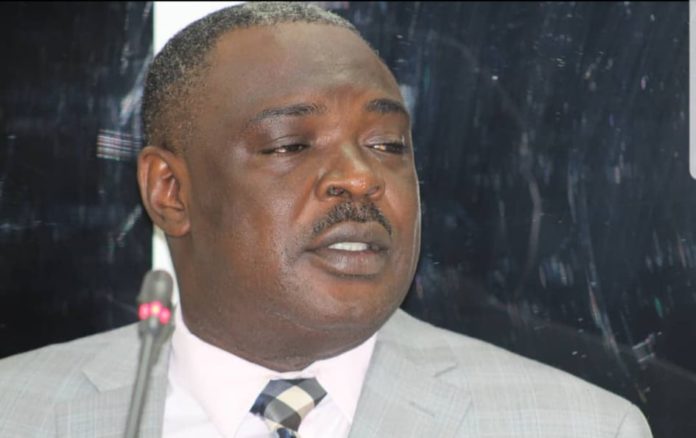 Over the course of it’s public hearings, we have witnesses appeared before the TRRC giving accounts of unimaginable horrible and disgusting things they did and experienced. Some of these testimonies were not only gripping but agonizing to listen to or watch, leaving many of us viscerally outraged and traumatized. They painted a vivid picture of an out-of control President (Yahya Jammeh, of course!) who used lethal and brute force along with really other degrading rights violation techniques to rule our country for 22 years.

But yesterday’s riveting testimony by one of our country’s most respected human rights and Constitutional experts (he humbly prefers to be called specialist), Gaye Sowe, brought a different  perspective to the whole argument with some disturbing parallels between what obtained under Yahya Jammeh and what could still happen now and in the future. The 1997 Constitution, the most obnoxious anti-Gambia and anti-democracy legal instrument ever, was also  designed not only to give an entrenched legal justification for the July 1994 treasonous overthrow of a democratic elected government, it goes further to ensure all but coronation of Yahya Jammeh as the King of Gambia with all powers – imaginary and avaliable  – concentrated in his hands. Sir Gaye Sowe’s presentation also provided us the simplified legal context in regards to some of the provisions Yahya Jammeh relied on to hold all of us hostage and abused our fundamental human rights because, technically, Gambians have little or no rights under the 1997 Constitution.

Thus, the argument or the idea  that this bastardized Could simply have been amended to suit our country is ludicrous, lame and devoid of any compelling logic.

Yet, and perhaps the most somber feeling of national tragedy and inexcusable failure is the haunting realization that the same pro-Kingship and anti-Gambian 1997 Constitution is still in force and, damningly, is still being favored by President Barrow  over the people-friendly, pro-democray , progressive and check and balance Draft Constitution. To think that four years after Jammeh’s ouster we are stuck with his  favorite whip is the height of insult.

Like many Jammeh apologists, President Barrow and his minority but decisive allies in the National Assembly all idolize Yahya Jammeh and there is no better way to imitate and hold onto the vestiges of his excesses than the continuing utilization of his  brainchild 1997 Constitution.  In my books, this represents a shameful and an unforgivable betrayal of our country that transcends political ideology and affiliation. I will never accept nor rationalize or even excuse the weight and significance of this treachery.

And in the wise words of both Lead Counsel Faal and echoed by Sir Gaye Sowe, Gambians deserve better and we can do better. I must add that we cannot and will not do better until we wish better for ourselves, work on bettering ourselves and resist every attempt  – political or otherwise  – that seeks to subjugate us and stymie our progress as a country. To begin that journey, let’s get rid of the 1997 Constitution and anyone, group or entity beholding us to it..