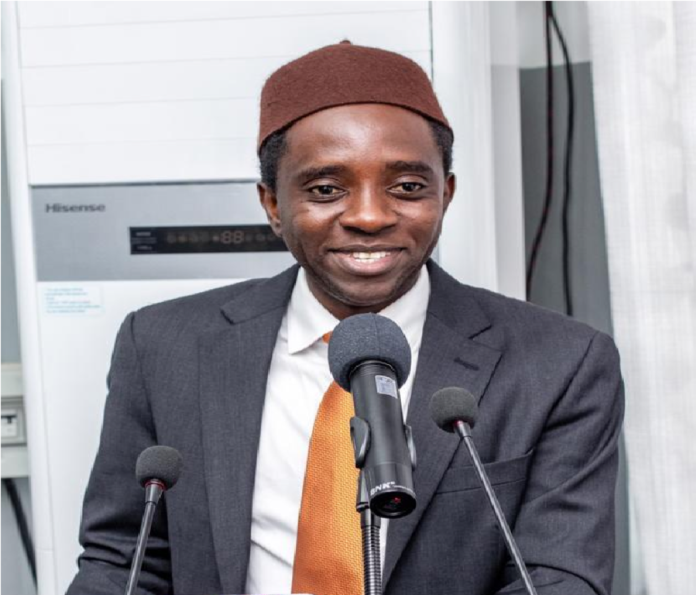 Feminist and youth activist, Chernor Bah, has called for the lowering of what he described as the ‘outdated youth age in Sierra Leone’.

Chernor says his recommendation suggests a progressive reduction in the official designation of youth starting with lowering it to 30 years in the next review with a goal to ultimately reduce it to 24 years since there is evidence to show that 24 year-olds are currently leading the world.

He, however, noted that they (those who worked on reviewing the country’s youth policy) did not succeed in reducing the age but they succeeded in including the language that laid the foundation for this.

“The current age keeps the door shut on young leaders until you have graduated while providing, often crumbs. For a country whose median age is 19.4 years, it is ridiculous that we confine so many opportunities to those who have graduated beyond 35yrs,” Chernor Bah said.

He also suggested the reduction of the eligibility age for the presidency from 40 to 21. Chernor noted that the country’s life expectancy at birth is around 55 years and Sierra Leone has one of the youngest and most vibrant populations in Africa with over 60% of its population below the age of 35.

“How do we justify keeping old people in power and structurally shutting the door on young leaders with archaic, colonial age requirements of our highest office. I will take David Sengeh, Francis Kaifala, Yakama Jones, Ndeye Koroma, and other young vibrant leaders any day over the crop of over year olds who have bankrupted our country over the years and paid no attention to the future of our environment,” Chernor Bah said.

Chernor was making a presentation during the Concord Times 2021 Summit in Freetown with the theme Fresh Answers.

Chernor emphasised that changing the youth bracket will send a message to young people that ‘we value and judge you by the content of your character and your contribution to society, not just by the number of years you have lived’.

“We must have a redefinition of youth to be more inclusive and reflective of the internal diversity of young people. Not just in our documents- which we have done with the National Youth Policy- but also in the outlook starting from youth councils, political parties, church and community groups,” Chernor said.

He further noted that the exclusion of females from this cohort has real consequences, in that girls have essentially no transition period, they are either a child or after puberty, marriage, or childbirth – which happens for too many between 15-22- they are women.

He used the opportunity to narrate his journey as lead consultant for what he described as ‘the most extensive and inclusive review of a national youth policy in our history’ sharing a story about a man who was visibly above the youth age but stayed on as youth leader for over 20 years.

“We traveled the length and breadth of the country trying to garner the views and inputs of youth leaders in every single chiefdom. In more than a few communities, we spoke with a well-built man, coarse voice, likely unmarried but with children who would beat his chest and declare: ‘I have been a youth leader in this community for over 20 years’. I would gently smile and keep the conversation going knowing that even the most extensive official definition of youth by our policies restricts the category to a maximum period of 20 years,” Chernor Bah said.

Politicians, he said, have created a new category known as the “youth man dem” who are groups of often disgruntled or easily mobilizable males, typically unemployed, often on drugs.

He noted that each political party worth its salt has a significant cohort of this group and some even invest in organising them and providing token “benefits” to keep them content enough to be available for “mobilization” but not transformed enough to ensure real socio-economic mobility.

This he said is, “just the beginning of the conundrum when it comes to this big, complicated, complex, highly loaded term called Youth.”

Mai Ahmed Fatty Warns Against Setting a Dangerous Precedent: Says IEC is not Above the Law

Darboe warns any vote cast for any party other than UDP...

‘They don’t even have a chicken house in Gambia’: President Barrow...

IEC Appeals High Court Judgment: Says They Are Committed to the...