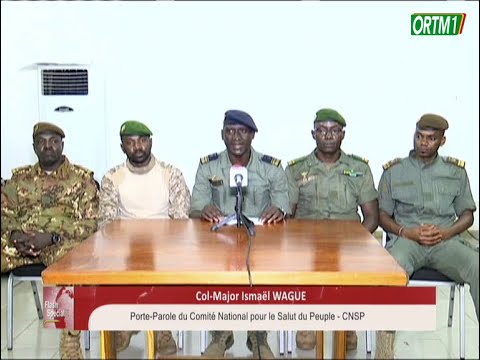 Having been inundated by demands from friends to sound my opinion in the current political situation in Mali, I decided to abort my initial intention of waiting for the next African Spring in Ivory Coast or perhaps the next in Guinea Conakry before finally echoing my next prediction. Oh yes, my view about the situation in Mali is not about playing Monday morning quarterback to confuse clueless followers or readers by merely dissecting what should have, could have or would have but about telling my readers that ‘I told you so that the Malians will do it’ a day before the people came out to change their government with the help of the army. Realistically, that’s what all good armies must do under such circumstances.

Whereas I used to wholeheartedly condemn military coups because of their recurrent upshot of the leaders sooner or later betraying the expectations or aspirations of the masses that initially supported them, I no longer subscribe to such generalizations of military intervention in so-called “democratically elected governments”. I am now convinced that coups or better put, military interventions in elected governments that betray the aspirations of the electorate and bend on corrupting their national institutions and constitutions to remain and justify their indefinite clinging to power deserve to be ousted especially when the masses can no longer tolerate them. Otherwise, radical elements could resort to exploiting such impasses for extreme measures aimed at destabilizing the nations just for the heck of spoiling things for everybody. Coups, as far as I am concern now, will remain a part of African political change until we have honest political leaders representing the interest of the people in general and not that of a greedy few functioning under the dictates of foreign masters.

I strongly believe that if the Mali military had remained indifferent to the demands of the overwhelming majority of the population, the threat of the “Jihadists in the North” to disrupt the society, the main excuse France deploying over 4000 of their troops in the country, could have on the same logic succeeded. Because, after all, regardless of the massive presence of foreign troops including over 15,000 UN peacekeepers and the French Foreign legion forces, France’s most elite combatants, the Malian soldiers do most of the dirty fighting against the “Jihadists” under the most appalling working conditions. They have frequently complained about being underpaid, under-equipped and marginalized while the foreign troops enjoy every imaginable luxury with minimal input in the national crisis. Sounds familiar, doesn’t it?

Essentially, if the Mali Army had to stop fighting today the “Jihadists” will most likely disrupt the political, economic and social stability of the country and perhaps turn the nation into another Libya where foreign powers will only sponsor mercenaries and local militias to protect their investments of exploiting the natural resources of the country.

What most people don’t understand about the economic importance of land-lock Mali to the West in general or to France in particular is that the country has the fourth largest gold deposits in Africa with European investors, bankers and even politicians investing heavily in stocks from various mining companies strewn all over the country with guaranteed safety and protection from France.

In the wake of the ongoing crisis, only Barrick Gold (ABX. To), the biggest miners report minimal effect on the value of their shares in the world market with only 2.7% drop; but to name few more, Resolute Mining, (BTO.To) went down 11.7%, Hummingbird 9.4%, B2 Gold fell 8.8% and Cora Gold 9.3%.

All these companies go through France to secure mining rights in Mali like all foreign investors do in Francophone African nations still under the Neo-Colonial occupation of the French. Hence contrary to the conventional wisdom that France’s inclination to willing and indefinitely deploy the best of their troops in large numbers with all the expensive logistical support in Francophone African nations is about preventing Islamist or Jihadist expansionism or just being nice to their former colonies, the indisputable reality is about protecting their economic interest, nothing more and nothing less.

Apparently, the French will maintain control of these Neo-Colonial nations because their economic lives depend on them.

I wonder how the Malians are going to wriggle out of it and vote a president insulated to finally break the umbilical cord which will eventually happen in order for these sorry countries to emerge from their self-inflicted poverty and misery, but to reach that promised land they must be prepared for a tough and deadly uphill struggle.

Leaders who tried it in the past had their regimes changed or had paid dearly with their lives. Captain Thomas Sankara of Burkina Faso, is still a typical example of a Francophone Neo-Colonial West African leader who in 1987 tried to cut the French colonial “umbilical cord” and paid his life and that of his government for attempting.

In one of his attempts to square with France over how the natural resources of Ivory Coast were unfairly exploited by France at the detriment of the Ivorian economy, former President Laurent Gbagbo explained how since colonial days they had in place an arrangement where France will always enjoy 85% of their natural resources while the Ivorians only settled for 15%.

It is an arrangement with most former French colonies in Africa excluding the $500 billion dollars they must deposit annually to France’s central bank for safekeeping.

Anyway according to President Gbagbo, his downfall emanated from the French inciting the Muslims in Ivory Coast and dragged their country into politics of religion when he insisted on a 50-50 share of their resources with them, a novel arrangement that would have brought about huge economic growth to his country and of course a dent in the French economy.

What an irony! In Ivory Coast, the French supported the Muslims who throughout the history of French colonialism were marginalized because the Christians all the time played along with the colonial agenda but when Christian Gbagbo made an attempt to liberate his people from them they embraced a Muslim-Puppet Outtarra, armed and supported his rebel militia and changed the regime to maintain the Neo-Colonial status quo.

I bet the French would have eagerly supported an Islamic state in Mali, if the Islamists or Jihadists in Mali were to guarantee them the liberty to continuously control Mali’s gold and other natural resources.

Just take a good look at what is happening in Libya and tell me what exactly these foreign powers believe in.

It might however be because of the horrible and unforeseen effects of the COVID-19 pandemic or of just the right time at last for the African Spring coming out of the global contemporaneous enlightenment, but it looks like the days of African puppeteering to France and the institutional and constitutional corruption by their chosen politicians is coming to an end, an unstoppable phenomenon to finally liberated Africa, economically.

The exploitation that started since the 1885 balkanization of the continent at the infamous Berlin Conference has to end before Africa can catchup with the rest of the world.

In short, I therefore support the military interventions in Mali, a country that was heading to unpredictable chaos and possible anarchy with no reasonable solution in sight but only amateur puppets peddling unacceptable resolutions; nonetheless, I also hope that the soldiers listen to reasoning and work towards realizing the aspiration of the Malian people and not to be corrupted by any foreign or domestic forces.

The international threat of sanctions or blockade is meaningless as long as the European mining companies are there protecting their stocks in the world market. If the Malian economy tanks, some prominent European investors and banks will go bankrupt; this is beyond our dumb ECOWAS leaders threatening to use military force. The invasion of Mali to reinstate former President Ibrahim Boubacar Keita will doubtlessly end most regimes in the subregion. They know that but are just bluffing out of fear of facing the same predicament because of the same color and shape of feathers they wear like Keita’s. They are also bothered by their ineptitude in failing to fulfill France’s expectations in this particular case.

MADI JOBARTEH – OPINION: A Historic Duty is Before National Assembly Members: To Fulfil or Betray