The spokesperson of the Gambia’s coalition government has revealed that they are at conclusion stages of revealing names of qualified persons set to fill in three different ministries, which will leave only five other ministries vacant in President Barrow’s new Cabinet.

He made the revelation Thursday at the Kairaba Hotel saying President Barrow seeks to ensure transparency in the vetting processes of the remaining ministries.

“It [the accident] has potential for creating social strife. That is why he [President Barrow] mandated me to go to the hospital to do fact finding. Eventually, we received reports from the Edward Francis Small Teaching Hospital on the 7th of February and the Police report on the 8th February. The persons involved are currently being treated and some have been released from the hospital. A total of 30 people where involved” he said.

He said government has committed to provide D5, 000 to each of the victims so that it will meet their hospital expenses and other expenses as families move up and down to try and take care of their love ones.

“Investigation is ongoing and the person who was involved, who actually was driving the vehicle is from Niumi and his family has contributed D11, 000 as contribution to the treatment of the victims” Sallah said, adding they have already sent representatives to Kitty village to speak to the family so they understand the cause of the accident and to avoid any misunderstanding that may bring about “civil strife of any sort”. 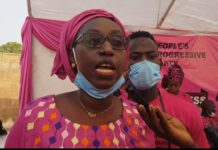 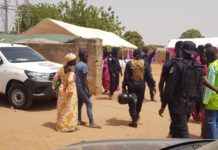