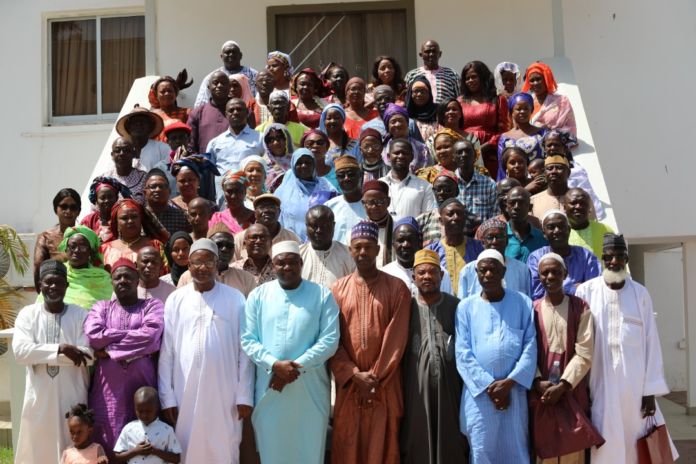 President Adama Barrow has told a delegation from Basse that his intention is to deliver a development record that will surpass the 50-year record of the first and second Gambian Presidents put together, according to State House.

The delegation, comprising prominent and influential citizens of Basse were at the State House on Sunday, March 15, 2020 to pay a courtesy call on President Barrow and present to him a road map for the development of Basse and the Upper River Region as a whole.

State House said in a statement Sunday: “The delegation also presented the idea of the ongoing process to set up a group they called Basse Development Initiative, whose primary task is to develop among other things, a master plan for the development of Basse. Such a plan will cover a central market for Basse, roads infrastructure, youth empowerment and business development.

“In their view, this will provide a solid complement and support to President Barrow’s vision for the development of their region.

“For President Barrow, Basse and URR are his home region. Hence his aim is to build a legacy that will lift Basse from marginalisation to a commercial and business hub that will serve as an example to other regions in the country.”

State House then quoted President Barrow as saying: “What I am delivering to the URR within three years is already unprecedented in the fifty years’ history of independent Gambia. My aim is to deliver in ten years what former Presidents Jawara and Jammeh were not able to deliver during their period in office.”

The State House statement then continued: “As a student, he (President Barrow) recalled spending up to two hours at the Basse ferry crossing point, just to cross to the other side. When he was campaigning for presidency in 2016, it took him four hours to trek from Basse to Fatoto – a journey that would last just 30 minutes on a normal, standard road that is currently under construction.

“Now that he is President, a key priority for him is to uplift living conditions of the people in that remotest part of The Gambia through construction of key roads and bridges, schools and hospitals, among others.

“Under such a plan, Basse would benefit from a first class market complex in place of the one recently lost to inferno, a dry harbour, fuel storage facility and a four star hotel.

“As a metropolitan town, Basse is hub to trade from Conakry, Bamako, Bissau, Freetown and eastern Senegal. Hence such facilities, along with 24-hours electricity supply will turn the town into a city and make it ripe for industrial growth through commerce.

“To accomplish such a lofty ambition, President Barrow urges all to give his mandate the support it requires, especially the URR and Basse.