President Adama Barrow, has for the first time publicly responded to Dr Isamila Ceesay, a Political Science Lecturer at University of The Gambia.

Observers say, Dr Ceesay is becoming a thorn in the flesh of President Adama Barrow.

Tuesday during a press conference at State House in Banjul, Barrow did not hold back his anger with Dr Ceesay’s remarks saying he (Dr Ceesay) is looking for cheap popularity.

President Barrow told those questioning his qualifications that he managed the finances of United Democratic Party, for many years.

Barrow said when he returned to The Gambia from The UK, he did not seek for a job but rather created his own business. 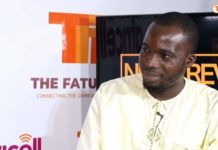 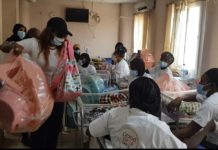 VIDEO: In this story, Marie Sock shows her humanitarian side by helping new mothers with starter baby kits