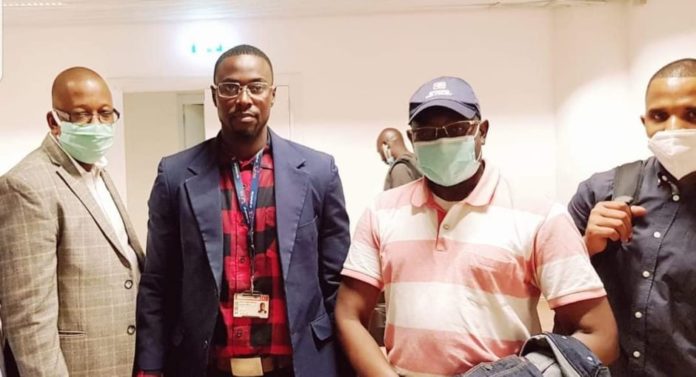 Am reliably informed that, they supposed to meet Goodluck Jonathan in Nigeria on the issue of the Draft Constitution.

However, it was abundantly made clear by a veteran politician and people who understand procedures that; there are only two alternatives to sort out the predicament the country is facing over the Draft constitution.

Both are internal, having nothing to do with external solution or help. Therefore, what are these politicians trying to do? In whose name and interest?

The two alternatives are: The Executive way or The Parliament way.

The Executive could bring in a new bill for the amendment of the 1997 Constitution which has to be gazetted before it will be table before the National Assembly and Draft Constitution will be completely different from the one rejected by members.

On the other hand, parliament will sit in March. The Speaker may allow a motion to rescind the decision by the minority in parliament to prevent the Constitution Promulgation Bill to go to the Committee stage.

So there is no other middle road.

The draft constitution is not a matter for another country, foreign elite or organisation but a matter purely for the national assembly members to sort out. Running to Nigeria won’t change anything.

Then, what are these intermediary measures for? In whose interest and name are these politicians engaging into negotiation?

Know the boundary of your political parties.