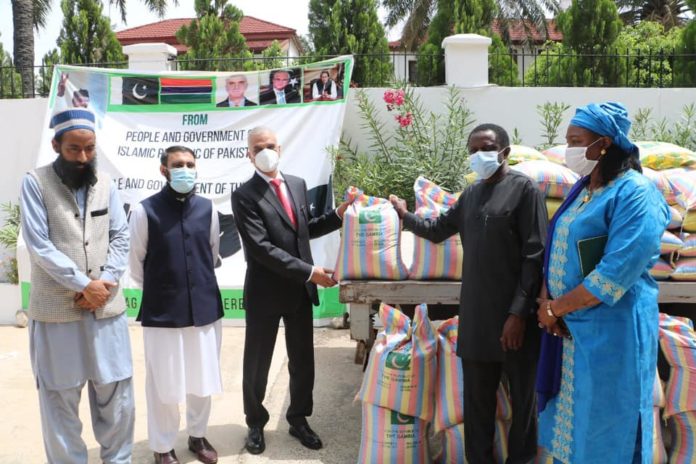 Pakistan has donated 100 tonnes of rice to The Gambia in an expression of goodwill, according to the presidency on Thursday.

In a statement, State House said the Secretary General and Head of the Civil Service, Noah Touray, “on behalf of the Gambia Government received 100 MT of rice from the Republic of Pakistan”.

“In his remarks, Honourable Touray praised Gambia-Pakistan relations, saying that the gesture will go a long way toward addressing food insecurity in The Gambia as a result of COVID-19, as well as enhancing bilateral cooperation.

“The Pakistan High Commissioner to The Gambia based in Dakar, Dr Ali Ahmed Arain, said the donation is an expression of the goodwill that exist between the two friendly nations. He added that the donation will help enhance the food security drive of The Gambia.

“High Commissioner Arain also said Pakistan is willing to share experiences with The Gambia in dealing with natural disasters, adding that his country remains committed to the ties between the two nations,” State House said.