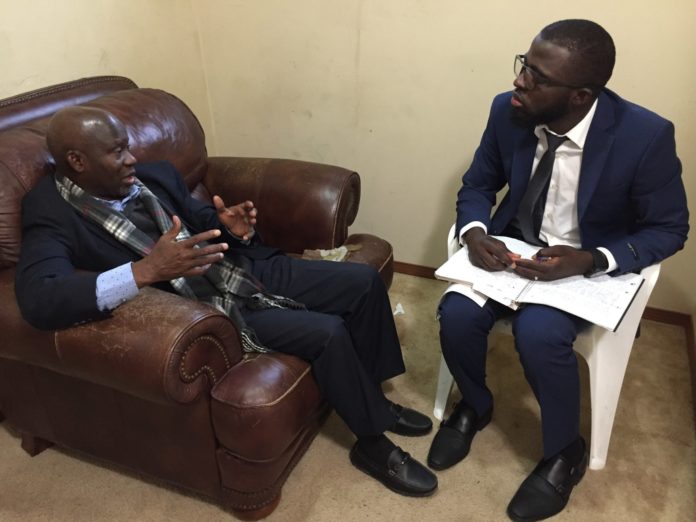 The dismissal of Hon. Ousainou Darboe, the Secretary General of the United Democratic Party (UDP), was destined to happen. There has been tensions between the President and his number two after the establishment of the Barrow Youth Movement, the rejection of the movement by the UDP, and the UDP’s refusal to nominate and select the President as the leader of their party. The supporters of Mr. Darboe, majority of whom are his party militants, believed that he was betrayed by someone who once regarded him as his political father. The termination of his service, as the second most powerful person in the executive of The Gambia, seems to energize his base. Within a week of his termination, political rallies were organized to show support for him and perhaps to send a message to the president, that the UDP is the most powerful party in the nation. Mr. Darboe said that the outpouring support reminded him of two occasions: first, the inception of the UDP; and second, the day he was released from prison.

Majority of political pundits are of the opinion that Mr. Darboe would be the flagbearer of the UDP in the upcoming 2021 presidential election. Mr. Darboe when asked in an interview with The Gambia Time has refused to rule out himself as a contender for the next scheduled election. He insisted that the members of the UDP, not him, will decide the party’s presidential candidate. Mr. Darboe’s refusal to rule out himself as a contender, buffered by the high popularity he enjoys among members of the UDP seems to almost guarantee that he will be chosen to be the flagbearer of the party in 2021.

Mr. Darboe’s removal as the Vice President of The Gambia has sparked a national debate with respect to his eligibility to run for president under the current constitution of The Gambia. The paramount question is, whether as a result of his dismissal and termination from the public office as the vice president bars him, constitutionally, from running for office?

During the UDP Seattle Chapter inauguration in Washington State, Mr. Darboe was asked, by The Gambia Times Correspondent, his response to people who hold the opinion that he is not qualified to run for office come 2021 if the constitution Section 62(3) remains in the constitution or is adopted in the next constitution. He responded thus:

Let them come up with it. In fact, somebody mentioned it and told him if anybody is dissatisfied let them go to the Supreme Court. In any case, I think people misread that provision. I think is subsection 3. People misread it . . .. Can I sue the government for unlawful dismissal? So why would you say that section would apply. For termination you either give the person one-month salary in lieu of notice or you give one-month notice. So, is the president required to order for me to be given one-month salary in lieu of notice or one-month notice? That section is applicable to people who are public servants. Because it is a public servant or a permanent secretary whose service can terminate or whom you can retire or dismiss. If I cannot sue for unlawful dismissal, why would that section apply to me? If I cannot hold on to a ministerial position until I retire why would that section apply? They just don’t understand. They just read bare letters without really applying your mind to what you lawyers will call the purpose of the section.”

What is the position of the law as of now? Is Mr. Darboe right in his analysis of the law or those with the opinion that he is barred by the constitution are correct even though they have not, supposedly, averred their minds to “the purpose of the law?”

For the purpose of clarity, I reproduce below Section 62(3) ipsissima verba:

A person who, while holding public officein The Gambia has been—

(a)  compulsorily retired, terminated or dismissed from such office, or

(b)  has been found guilty of any criminal offence by any court or tribunal established by law; or

(c)  has been found liable for misconduct, negligence, corruption or improper behaviour by any commission or committee of inquiry established by law shall not be qualified for election as President.

Section 156 of the constitution provides thus:

It is a fact that Mr. Darboe was relieved of his duties as Vice President. He was either dismissed or terminated by the President. And having established that the office of the Vice President is a Public office as per sections 231 and 156 of the 1997 constitution of The Gambia. If the constitution remains as it is until 2021 presidential election, Mr. Darboe will be constitutionally barred from running for office if members of the UDP chose him as their flagbearer.

Mr. Darboe may be right when he said, “if anybody is dissatisfied, let them go to the supreme court.” The issue with his statement is that his nomination could be rejected by the Independent Electoral Commission (IEC) base on Section 62(3). If that happens, he and the UDP would have to go to the Supreme Court to challenge the rejection of his nomination. This would have consequences for him and the UDP. While other parties are campaigning for the presidency, he would be challenging the rejection of his official nomination of the ballot. On the other hand, if his nomination is accepted by the IEC, his opponents would likely challenge his nomination. And in that scenario, his party would definitely be in court defending his eligibility to be on the ballot for that presidential election. Such reactionary move could have an adverse effect on his party. Should United Democratic Party do something about this prior to 2021 in order to avoid any such distraction? Yes, it should. Can they do something about this issue before 2021? Yes, they can.

I respectfully disagree with Mr. Darboe’s position that “That section is applicable to people who are public servants. Because it is a public servant . . .  whose service can terminate or whom you can retire or dismiss.” The section 62(3) is applicable to holders of public offices which includes the office of the Vice President. Furthermore, holders of public offices can be dismissed or terminated from office or compulsorily retired as per S.62(2).

Finally, this provision does not affect only Mr. Darboe. It affects Mai Fatty, the leader of the Gambia Moral Congress (GMC); Dr. Amadou Janneh, the newly UDP member; Amadou Sanneh, former    Minister of Finance and Minister of Trade; and any holder of a public office dismissed or terminated by President Adama Barrow, and by his predecessor former President Yahya Jammeh.