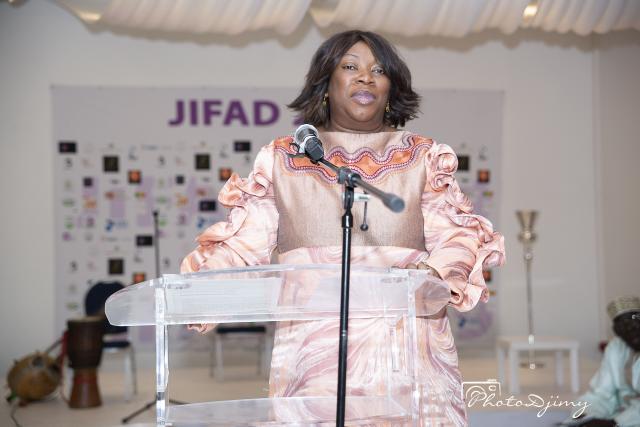 After a long and rich professional experience in France, Europe and Africa where she dedicated a great part of her time coordinating the strategy and communication of various candidates running in elections, Oumy Sall Ndiaye, a Franco-Senegalese woman, has launched an ambitious project that seeks to recognise African women working in the Diaspora. The project, International Day of the African Women of the Diaspora, JIFAD, has been designed to appreciate the achievements of African women in the diaspora.

Busy as a bee, Oumy Sall Ndiaye goes the extra mile. She answers the questions of visitors while doing her best to adjust the details or dashes around the venue to greet the official guests. As for reporters who request interviews, they must show patience: Oumy is running out of time and that is understandable.

It is 5 PM on this Sunday, March 17, 2019 in the prestigious lounge of La Palme, in Bobigny, in the outskirts of Paris, and Oumy who is a communication expert and who runs Proxi Communication, a global communication agency, has an appointment with a group of high-profile figures from the African continent and the Diaspora, mainly well-renown Africanwomen in their sector of activity either in France or the other European countries.

With her impressive communicational skills, Oumy Sall Ndiaye manages to convince a range of African authorities in the Diaspora to attend the event.

At 5 sharp, the venue is already overcrowded. Some have been there since late morning. Inside their countless exotic stands, exhibitors display their products including cosmetics, art objects, and intellectual works. The event features also dining outlets where African dishes are served to visitors keen on satisfying their food curiosity in a folk atmosphere.

For this first edition held under the theme of Examplariness, the organizer didn’t spare any effort for the event to be a success. In her role of mistress of ceremony, the Senegalese-Cape Verdean journalist, Juliette Ba, who is the host of the program “ça roule” broadcast on TV5, (she recently moved her viewers by disclosing her fight against endometriosis) also rose to the occasion.

On the VIP side as well, Oumy Sall Ndiaye was able to convince a range of African authorities in the Diaspora to grace the party including the Deputy Ambassador of The Gambia to Paris and brilliant scholar, Dr Mariam JOHN, who was the godmother of this first edition of JIFAD; the Chancellor of the Democratic Republic of Congo, Mrs. Germaine LUBASU, Vice-Consul of Senegal in Paris, Mrs. Awa Diop Mbacke, who is the first ambassador of JIFAD; and representatives of the Organization of Francophonie and UNESCO. 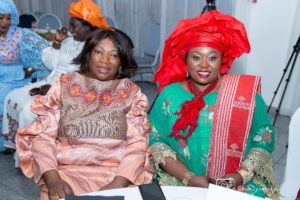 Other eminent guests came from afar like Ms. Aida Diop Diouf (Law expert) who made the trip from Geneva at the helm of a strong delegation including her husband Dr. Abdourahmane Diouf and Mrs. Adja Aicha FALL, (SENELEC DAKAR), both Ambassadors of JIFAD, etc.

Celebrating the woman! But not only that! Because behind this festive mood, the ambition of Oumy Sall Ndiaye through the JIFAD which is due to be organized every year in March, is especially to provide a privileged moment of exchanges and friendship, with the aim of “favoring the exchange, overcoming the divisions and creating networks between valuable women.”

Promoting women’s entrepreneurship, rewarding success and inspiring career paths, mentoring and coaching women who have entrepreneurial projects or the skills required for informal enterprise in order for them to develop their structures , are other major objectives of the concept launched by Oumy Sall Ndiaye.

This is in fact the ground-breaking aspect of the promoter, in relation to all these events that also aim at the development of the African woman in the Diaspora. Indeed, it must be recognized, days dedicated to African women and celebrations of all sorts are already organized in the Diaspora. However, these events are generally held without much of a content or follow-up. They mostly feature a festive aspect with entertainment (singing, dancing…)

“That’s one of the reasons why I created this event. I want the JIFAD laureates to serve as role models and a source of motivation for all other women,” Oumy asserts.

“While many do believe that women are an important segment of society, few can tell us about women’s leadership in the Diaspora. In addition to their daily professional activities, African women in the Diaspora show unflinching bravery and unwavering commitment in the social, humanitarian and community sectors. They play a pivotal role in the local development of the regions where they hail from through international solidarity actions. These women are also real queens of entrepreneurship,” the Director of Proxi Communication opines.

In fact, in order to inspire and motivate women towards excellence, JIFAD will annually reward women for leadership.

For this first edition, three prominent women will leave Bobigny with an award namely Dr. MUKENDI PAPA Cécile, a Belgian-Congolese general practitioner who lives in Essonne and is very active in access to care for all (she created Primary, an innovative platform); Me Magou SOUKOUNA, a young Franco-Malian lawyer who is a member of the Bar of Bobigny with an extremely inspiring career, and Gambia’s Adja Mama F. DRAMMEH, a self-taught successful businesswoman and outstanding mediator for the city of Evry. 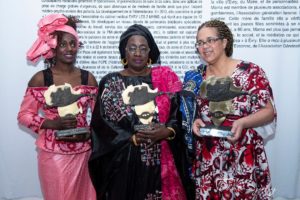 If the JIFAD is in its first edition, its initiator, a native of Senegal is a seasoned organizer of events.

Holding a Master II in Political and Public Communication in France at the University Paris 12 (UPEC), a Master of Sociology of Organizations from the University of Evry-Val d’Essonne, a post-graduate degree in Social Anthropology at the School of Higher Studies in Social Sciences in Paris, Oumy Sall Ndiaye has already held the reins organizing successfully international symposia for ministers, organizations and public institutions. Not to mention her long and rich experience through rubbing shoulders with politicians both men and women: she was in charge of the coordination of the communication of several candidates running the presidential, legislative and municipal polls in Senegal, Africa and Europe.

However despite her time-consuming professional career, the Director of Proxi Communication, is also very committed to championing the rights of women based on her skills in leadership and advocacy

Oumy Sall Ndiaye is the helm of a Think Tank called the Diaspora Club, an entrepreneurial, societal, economic and cultural structure whose aim is the creation of a directory of African economic actors in the Diaspora.

To be able to successfully pursue her professional life simultaneously with the career of an activist, alongside her life as a mother, Oumy Sall Ndiaye must have been inspired by her mother, who passed away.

Recalling her mother, Oumy “as a woman she was a leader, very dynamic, warmhearted and a role model. In addition the freedom of the woman was one of the main struggles of my mother. In that regard I took from her a lot. Hence my presence here today among you”, Oumy Sall Ndiaye, disclosed, during her welcome speech to Bobigny on 17 March, 2019.

Ironically, 17 March coincides with the anniversary of his mother’s death (17 March). As JIFAD 1 came to a close, the director of Proxi Communication began to lay the groundwork for the second edition. Better still…

This first edition was unquestionably a success. As Oumy’s first attempt it was a master stroke so much so the event was the subject of an unhealthy attempt of “misrepresentation”. An Ivorian politico-media figure was caught in the act of “misrepresentation” during and after the ceremony. In fact the gentleman was taking a malicious pleasure of making sure he appears in all the almost all the official pictures. His behavior bothered some of the figures present at this event and tarnished the works of the photographer. The gentleman did not stop there. The day following the event, he was sourcing (or sign under pseudonym) articles by posing as “the guest of honor of the JIFAD (which is at odds with the truth), and by purposely failing to mention the organizer of this event.

Never mind, Oumy Sall Ndiaye has already moved to the next level. Right after the end of JIFAD 1, the director of Proxi Communication immediately dedicated herself to the preparation of JIFAD 2. She started indeed draw the outlines of new projects which she intends to be as ambitious and innovative. These so-called projects, which for some are scheduled for 2020, are also meant for the African Diaspora; a large program in prospect for this Franco-Senegalese woman who has made the showcasing of the achievements of African women of the Diaspora a calling. 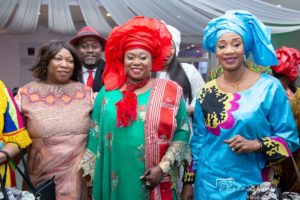 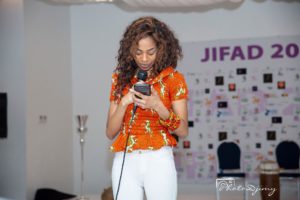 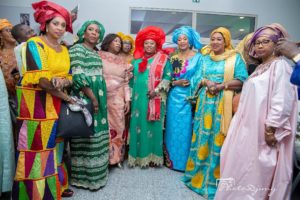 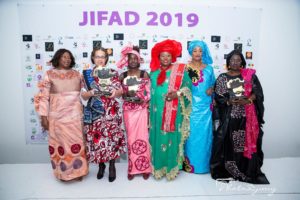 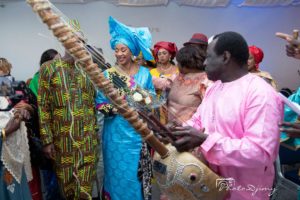 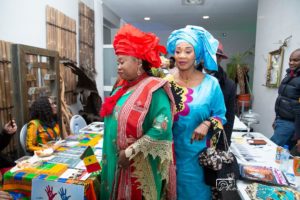 Editor’s note: This article is culled from Afrique Connection and has been translated from French to English.