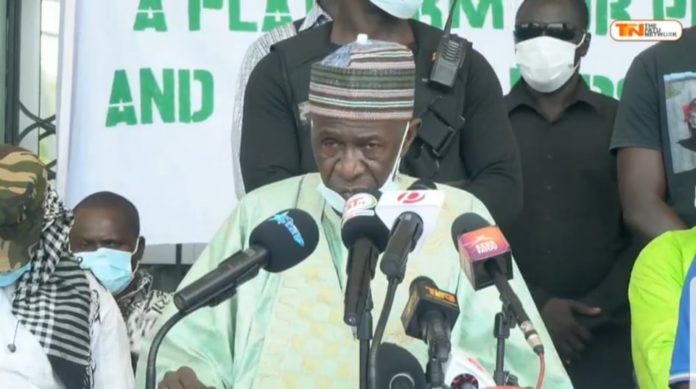 Bottom line is: Fabakary Tombong Jatta and Co in the erstwhile APRC Executive were nothing without Yahya Jammeh. They enjoyed their public profile/ status through Jammeh and the party he founded. From 1996 to 2016, these people were gainfully benefitting from Yahya Jammeh and APRC. Their campaigns, lifestyles and livelihoods were financed by Yahya Jammeh. In short, their loyalty was handsomely rewarded. Whatever they did for Yahya Jammeh and APRC was in fulfillment of the various debts they owed Jammeh and his APRC.

APRC was not into Congress. Yahya Jammeh handpicked and appointed them into various positions as he deemed fit through pronouncements that were accepted by the party without questioningtheir legal basis or whether they were derived from the so-called APRC Constitution. He would use the same methods to fire party members who did not toe the line. Again, these unconventional moves were accepted and implemented by APRC members without hesitation.

Together, they worked for the exclusive interests of Yahya at the expense of Gambia. APRC National Assembly Members would pass legislations to shield, protect and provide legal cover for Yahya Jammeh’s nefarious agenda even when these activities were tangential to the core benefits of the country. They did these to further manifest and prove absolute loyalty to Yahya Jammeh.

Today, the same people are prepared to defy Yahya Jammeh’s order and pronouncement because their means of livelihood have been taken over by Barrow. They will go to any length to serve their current pay master even if that means insulting and ridiculing their former cash cow or throwing him under the bus.

So, Fabakary and his team should simply do the needful. Resign from APRC, handover the party to the new executive appointed by Yahya Jammeh and join NPP as individuals and continue benefiting from the money stream available to you. They have never challenged Yahya Jammeh in any way under any circumstance before and they shouldn’t do it now. Give him back his party. He said he doesn’t need their services anymore effective yesterday!