One year on, the agony of loss lingers on 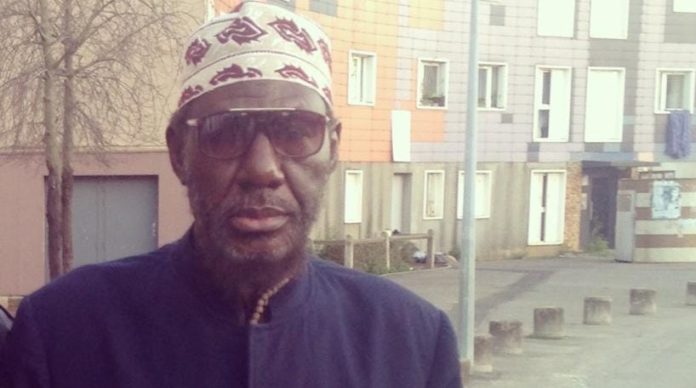 Exactly one year today, according to the Gregorian calendar, my mentor, teacher, confidante and senior brother, Sheikh Banding Drammeh, passed on.

One year has elapsed, yet I could not come to terms with the loss of a person who had significantly impacted my life in many ways.

The late Sheikh Banding had left an enormous vacuum in my life; a massive void that is hard to fill. That’s because he was my chief advisor for any major decision of my life.

I still vividly recall my last phone conversation with him that keeps ringing in my ears like a bell. I wanted to see him as his health deteriorated, but due to the pandemic, I could not. “I doubtlessly know you’d have come to see me had not it been for Covid,” he reassuringly told me , with a cracking voice, as I have expressed my burning desire to meet him in person. The pandemic has changed our lives in many ways. Personally, it deprived me of seeing a person so endeared to my heart. That sense of remorse has refused to dissipate until today. The last time we met was in 2018, kissing his head for the last time! His sight was fixed on me as if he was bidding the last farewell!

Today is evocative of the moment I received a terse message from his son, Abubacarr, on July 2nd, 2021, informing me that the Sheikh is no more. The news shook me to the core and fell like a clap of thunder. I wept uncontrollably, recollecting all the memories and moments I had with him since my childhood until I became what I am today. I broke down distraught and dejected, sobbing and muttering: “I wouldn’t see him again!” while my colleagues at work astonishingly looked on. After all, that is not characteristic of me!

The news of his death had generated an outpouring of sympathy and empathy.  While some expressed sorrow and grief, others were in utter disbelief that such an iconic figure had departed, hence sought confirmation.

The late Sheikh Banding Drammeh has left behind an indelible imprint and an enduring legacy that will linger on for many generations to come. He was a fixture on the national scene and a household name whose impact extended far beyond the shores of the Gambia, primarily famous for his weekly radio program: “The Muslim World,” which vibrated across the region, echoing his moderate Islamic teachings and values. My teacher was a definition of reason and epitome of wisdom who robustly endeavoured to find common ground for all Muslims regardless of their ideological differences. He constantly cut to the chase and struck the right chord, endearing him to thousands of his admirers. Despite the shenanigans of his detractors, Sheikh Banding remained focused, keeping his eye on the ball until he met his Creator.

Over the course of four decades, my mentor has moulded a cadre of scholars who went on to become torch bearers. Among thousands of his former students, medical doctors, lawyers, Imams, teachers, economists, translators, diplomats, academics, journalists, etc. In short, you can find his students in all walks of life.

Due to his foresight, Sheikh Banding Drammeh was among the vanguards who introduced bilingual education in The Gambia, with a view to availing Arabic students of the opportunity to fully participate in the affairs of the state. He went on to establish a parallel English secondary school which has become one of the outstanding schools not only in the West Coast region but in The Gambia, as a whole.

During his stint at the helm of the Gambia Supreme Islamic Council, he transformed this umbrella organization into what it is today.

Sheikh Banding is survived by several children, ten of whom have memorized the Holy Quran, including one of his daughters, Matida.

The Sheikh passed away a year ago; however, he is still riding high on wave after wave of public adulation. Sheikh Banding’s profound impact and deep influence shall perpetually live on.

To endure his legacy, the Sheikh’s protégés are in the process of compiling a book capturing key milestones of his life journey.

May Allah reward him abundantly and continue to bless his soul.