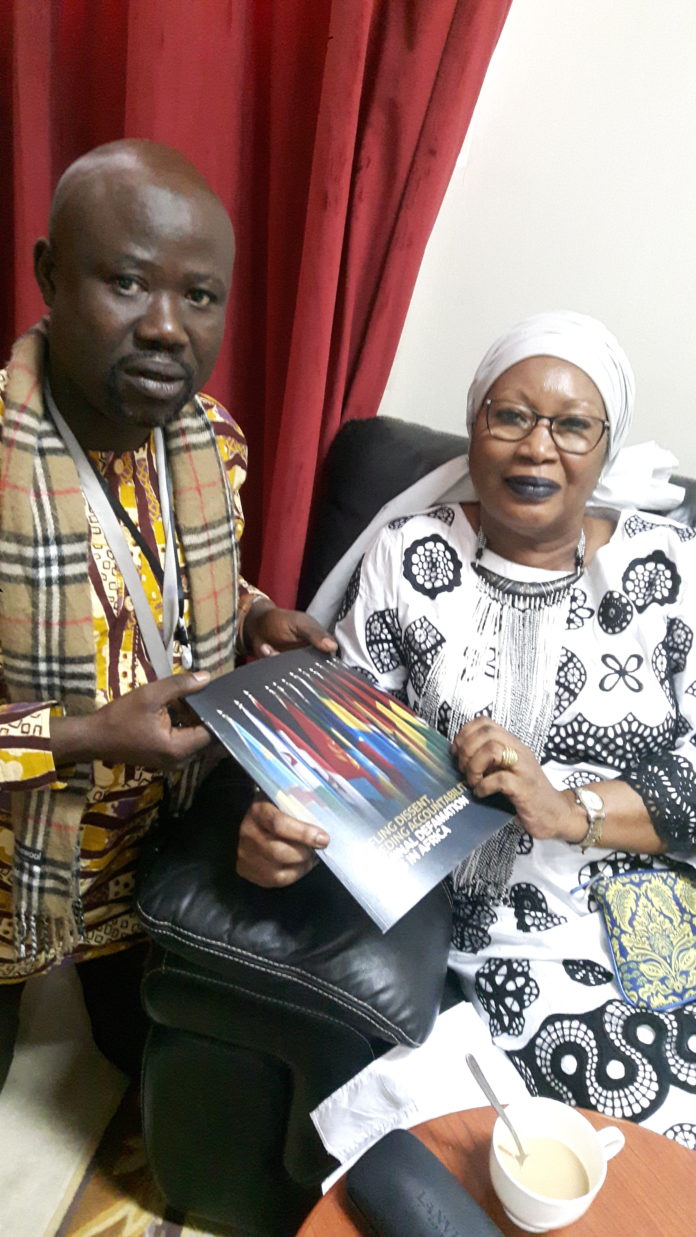 3 May 2018 – On World Press Freedom Day, PEN International-Gambia Center, calls for the repeal of criminal defamation and insult laws. Over 150 writers and NGOs from across the African continent have joined PEN’s calls by signing a PEN petition, led by African PEN Centres, calling onAfrican states to abolish criminal defamation and “insult” laws as a matter of urgency and to release writers and journalists who have been jailed under such charges.

Many governments in Africa retain criminal defamation laws that make it a crime to say, write or publish anything that they consider defamatory or insulting. The result is a restriction of freedom of expression, open debate, political criticism and media reporting.

The writers, who include among othersNgugi wa Thiong’o, Enoh Meyomesse, Abdelaziz Baraka Sakin, Ahdaf Soueif, and Ismaila Samba Traoré, have added their names to the petition highlighting their concerns about the use of defamation laws to silence critics:

‘As African writers, promoters of literature and advocates for freedom of expression, we are deeply concerned by the continued existencein the majority of African statesof colonial-era laws, which continue to treat defamation as a criminal offence. These laws are invariably used to silence writers, journalists and others, and often carry heavy penalties, including imprisonment and political disenfranchisement.’

The petition was drawn up in response to research carried out by PEN on the continued retention of such laws in Uganda, Zambia, South Africa and Sierra Leone and the impact of the repeal of criminal defamation laws in Ghana in 2001. The research culminated in a report,– Stifling Dissent, Impeding Accountability: Criminal Defamation Laws in Africa– which found that the threat of criminal sanctions deters media investigations into and reporting of issues governments consider sensitive, such as high-level corruption, official malpractice or law-breaking, leading to censorship, facilitating official secrecy and undermining accountability.

The petition was presented to the Pan African Parliament in March, as well as the Chairperson of the African Commission on Human and Peoples’ Rights on 27 April. Watch a short video to find out more about PEN’s campaign.