I have always had great respect and admiration for the man who is the new Managing Director of NAWEC because of his academic prowess. When we enlisted for the A’Level Science class at  Gambia High School In the mid-90’s the name Alpha Robinson resonated with excellence.

However, the academic prowess of nerds does not necessarily translate into results at the helm of the corporate world. Perhaps that is why people like the apple legend Steve Wozniak, kept himself at the background applying his rich mind in the labs.

When news emerged that Alpha Robinson was appointed M.D. of NAWEC, I demurred despite the fanfare shown by some excitable social media enthusiasts and vested interests. I thought it was quite disingenuous to appoint a person who lived all his adult life in the West to come and manage the most critical and troubled institution in this country. I remained mute because the obvious response to any critique at that time would have been to accuse me of harbouring ulterior motives.

But now the results have started emerging and the outcome is unflattering. We can all feel the degeneration and inconsistency in service delivery under the new head.

Clueless about the nitty-gritty of that complex behemoth, he is being cajoled and hoodwinked by vested private interests; a clique that has no motivation but Machiavellian personal gain.

The M.D. is allegedly making life unnecessarily difficult for the patriotic young men and women who have sacrificed for years trying their best for NAWEC while he was busy enjoying big pay and better life in the west.

I know the need for strict leadership in state-owned enterprises and I have been a tough leader at one. But there is no justification for curtailing legitimate pecuniary gains of your subordinates when you are fully enjoying your share. Given our very low pay scale in this country, it is totally disingenuous to mess up with the incentive structure of any corporate body. Staff should be held accountable and pushed to deliver but curtailing remuneration is wrong. 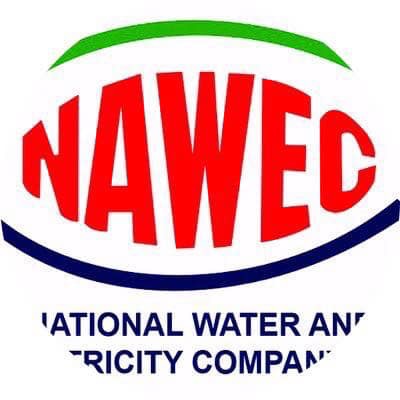 One truly has to understand the full scope and nature of remuneration in our public service to be able to manage any institution in this country. It is complicated and the society itself is very complex to the extent of defying management theory based on the Western model; and that is why NAWEC cannot be properly run by anyone who is neither conversant with that institution nor quite au fait with our corporate-social nexus.

The New M.D’s recent statement that NAWEC has been damaged for the past 50 years is an insult to all the patriotic people who have been working at that institution under difficult circumstances for the past 50 years. It is sad that people like  (former M.D) Abdou Jobe who laboured and suffered to extent of being jailed for no just reason get the finger from Mr Robinson. This is totally unacceptable and the man at the helm of NAWEC should apologize for these false and malicious remarks.

I can feel the new M.D’s frustration because NAWEC is just about the most difficult institution to manage in this country. But if he is shocked at the enormity of the task at hand, he should simply resign rather than attack the honour and professional integrity of hundreds of Gambians who have toiled and moiled under the heavy oil and smoke of what used to be called GUC, MSG, and now NAWEC.

As it stands now, the institution will continue to degenerate and services will become poorer and more unreliable. What obtains at this critical national institution is the outcome of a clash of egos at the highest level of our political drama. Like vultures at an abattoir, some private business concerns have fully capitalised on this situation. And the fact is that the combatants in this clash have adequate backups for utility services. The price of this battle is being paid by the ordinary consumer – when two elephants fight, it is the grass that suffers.

The only way out for the MD is to disentangle himself from the cages of the vested interests that got him tied up at the get go. He should change his ways and open his doors for consultation and cooperation with those who know that institution. NAWEC cannot be micromanaged. That’s simply impossible due to the nature and scope of their operation.

To the patriotic professionals working at NAWEC, my advice to you is to remain persistent and dedicated to your duties. Please do not allow any transient authority to frustrate you. The country is bigger than any individual or political dispensation hellbent on settling scores at the expense of national progress. Do not resign, please. These unhealthy clouds hovering over NAWEC shall all be dispelled some day, inshaa Allah; and patience and persistence under trying circumstances are the keys to greatness for those who understand the inner wisdom below the yokes of oppression.

As Nelson Mandela sang during his trying times, repeat the worlds of the poet, William Ernest Henley:

Out of the night that covers me

Black as the pit from pole to pole,

I thank whatever gods may be

For my unconquerable soul.

In the fell clutch of circumstance,

I have not winced nor cried aloud.

Under the bludgeonings of chance

My head is bloody, but unbow’d…

And to Conclude I hand over to you my personal hashtag #KanaSong; I recommend the inspiring lyrics of the late Robert Nesta Marley. Under the yoke of institutional bullying and undue oppression under such leaders like the man who was Minister of Finance when I served as Budget Director; my song of resistance has always been the words of Bob Marley “and we know we shall win; as we are confident, in the victory. Good over evil!”

Former S.G and Head of the Civil Service 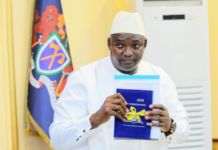 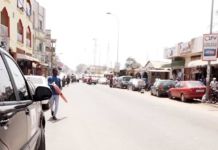 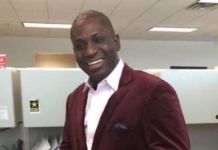