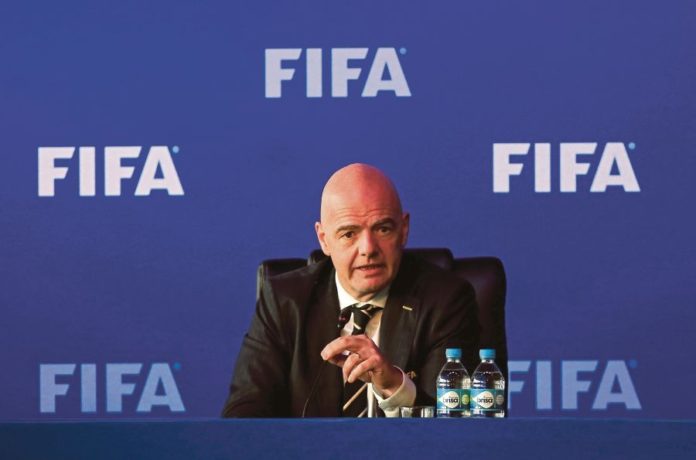 Following the National Sports Council’s decision to suspend the President and three members of the Executive Committee of The Gambia Football Federation (GFF) and the subsequent rescinding of that decision, the world football governing body FIFA has written to the GFF on Monday 13th August 2018, reaffirming that its position of no third party interference on member associations’ affairs is sacrosanct.
The world football governing body in a letter signed by it’s Secretary General Fatma Samoura, FIFA added that as already outlined in its letter dated 22 November 2017 regarding an earlier decision of the NSC dated 9 November 2017, it would like to remind that, in accordance with art. 14 par. 1 let. i), and art. 19 par. 1 of the FIFA Statutes, all member associations, including the GFF, are obliged to manage their affairs independently and without undue influence from any third party.
It further noted that failure to meet these obligations may, according to art. 14 par. 3 of the FIFA Statutes, lead to sanctions as provided for in the FIFA Statutes, including a possible suspension, even if the third-party influence was not the fault of the member association concerned.
High Court Suit against the GFF
In a separate but similar development, FIFA has also frowned at the decision of five members of the opposition Malick Sillah Team to take an internal football matter to the ordinary courts and said should the High Court of The Gambia render a decision that goes against the principles laid down below, the matter will be brought to the attention of the Bureau of the FIFA Council for consideration of suitable measures and possible sanctions.
“We refer you to art. 65 of the GFF Statutes, which states that disputes should not be taken by the GFF or its members to ordinary courts unless specifically provided otherwise by these Statutes and FIFA Regulations. Any disagreement may be submitted to the GFF which has jurisdiction to deal with internal disputes (i. e. disputes between parties belonging to the GFF),” FIFA added in the letter.
“We understand that the aforementioned article is in line with one of FIFA core principles, that is, the prohibition of recourse to ordinary courts of law, unless the FIFA Regulations or binding legal provisions specifically provide for or stipulate recourse to ordinary courts of law, as foreseen in art. 59 par. 2 of the FIFA Statutes.
FIFA takes such principle with the utmost seriousness and therefore considers that it is the responsibility of the associations to ensure that this principle is implemented at their level through a binding obligation on its members. We further wish to underline that a violation of this obligation by the GFF or its members may lead to sanctions as provided for in the FIFA Statutes, including a possible suspension.”