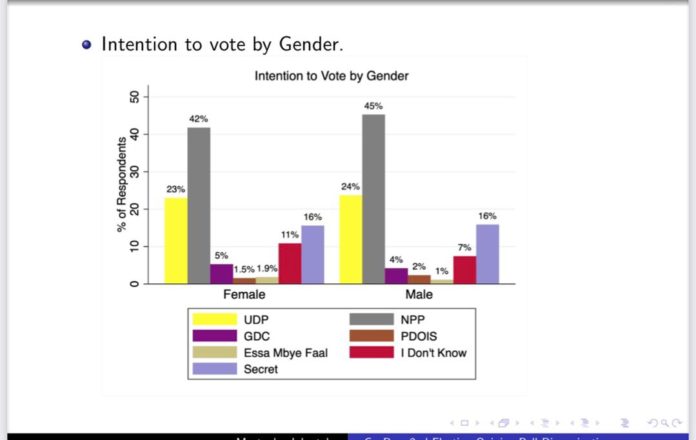 President Barrow’s National People’s Party (NPP) leads voting intention of male and female voters in the forthcoming presidential election in The Gambia. This is according to an opinion poll report done by Center for Policy, Research and Strategic Studies (CePRass) and National Endowment for Democracy (NED).

From the report, NPP leads among males by 21% and 19% among females.