‘NO COUNTRY WISHES TO HAVE ILLEGAL MIGRANTS:’ Top EU Official Says Talks Exist for Gambians to be Deported 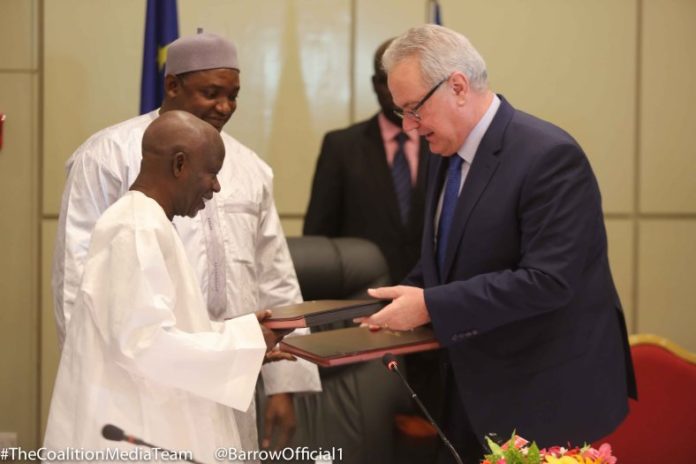 The Gambia government and the European Union are engaged in talks that include a plan to deport thousands of Gambians who are living in EU nations illegally, the EU ambassador to The Gambia has said.

The Gambia government is accused of agreeing to a deal with the European Union, a club comprising 28 European countries including Germany. The deal entails sending Gambian immigrants living in Europe ‘illegally’ back home.

Attila Lajos speaking to journalists in Bakau on Wednesday said that though there is no deal between the Gambia government and the EU, talks were ongoing to deport a particular group of Gambians which is in the range of 1000s.

“It is part of the discussions because I made it clear last year or the year before, if you trace your archives, that those who exhausted their legal possibilities for seeking asylum or legalising their status in member states and if they exhausted all these possibilities those migrants are going to be returned. This is a matter of principle, this is part of the respect for the rule of law. No country wishes to have illegal migrants on its territory,” Lajos said.

A special flight from Germany carrying 20 Gambians on Monday landed at the Banjul International Airport as part of at least 2,000 Gambians who await deportation.

The EU ambassador said the exercise was not an EU exercise but one that came at the instance of the governments of Germany and The Gambia.

“Those who were returned have been identified by [German] services as Gambians and since they exhausted their possibilities to stay longer in the territory of Germany, they were decided to be deported. But that’s not what the EU is discussing in the sense that this particular flight was a German flight, yes. It was not an EU sponsored return operation,” he said.

The Fatu Network contacted the spokesperson of the Gambia government Ebrima Sankareh and the public relations officer at the Gambia Immigration Department Mamanding Dibba for comment but both officials said they could not speak on the issue.