NEVER AGAIN: The Manifesto of an Unlikely Candidate (Part Two) 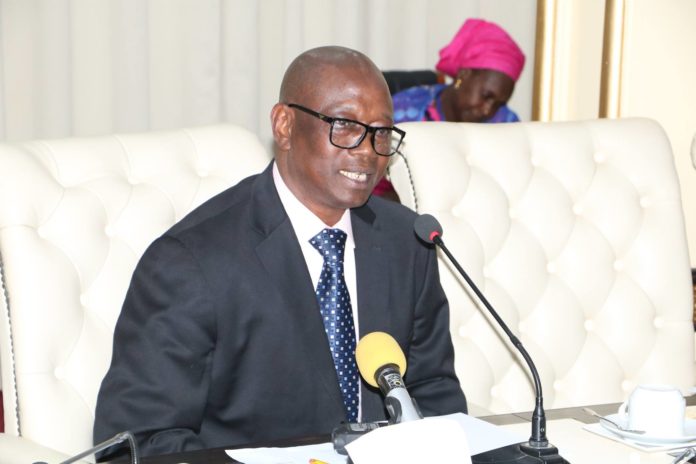 It is high time that we establish a government that will be technically functional and efficient, and that will be responsive to the most basic needs and concerns of the Gambian people. Our country has been stuck in the rut of government inefficiency, unproductivity and indiscipline for far too long! Gambians have groveled in the dust of bureaucratic ineptitude and negligence for far too long! It is high time to prove to ourselves and to the world that we can do much better than this!

We say Never Again to the attitude of déjà vu with which those entrusted with running the affairs of our country regard the chronic developmental problems that have made the lives of the Gambian people so miserable for so long. We say Never Again to governments that will squander our scarce resources on paper tiger policies, meaningless ceremonies, outmoded protocols, and white elephant projects that bear little to no relevance to the wellbeing of the Gambian people. It is time for a practical and creative style of politics and governance in this country!

It is way past time to ensure that all our public servants – especially our police officers, prison guards, and other men and women in uniform – earn a decent living wage that would allow them to meet the most basic needs of their families and live the dignified lives they deserve as Gambians and human beings. Yes, Gambia is not a wealthy nation; but managed responsibly and shared equitably, what little we have should be enough to guarantee every Gambian public servant a reasonably decent living wage. We say Never Again to presidential daily allowances that are more than the yearly salaries of a majority of our public servants!

We say Never Again to the sad fact that today the majority of our public servants earn salaries that keep them in perpetual poverty and living from less than hand to mouth. We say Never Again to a Gambian soldier or police officer or prison guard spending his or her days guarding our country or managing our traffic earning less than D3000 ($60) per month! We say Never Again to turning our men and women in uniform into glorified beggars who spend their days on our roads and their duty stations begging for money or extorting bribes from people in order to put food on their families’ tables!

We say Never Again to an integrated pay scale and public allowance system that allows a few people at the top of the bureaucratic pyramid to wallow in the laps of ease and luxury while the men and women who spend their days toiling away at their offices and duty stations spend every single day of their lives worried about how to get the next meal for their families. According to our current Integrated Pay Scale, some of our civil servants (a police corporal, for instance) receive a salary of about D2500 (about $50) a month. If you divide that by 30 days, these civil servants would be earning about 83 dalasi (less than $2) per day! A civil servant employed at Grade 6 of our Integrated Pay Scale earns about D45, 000 per annum during their first year of employment. That’s less than $1000 PER YEAR! If we divide D45, 000 by 365 days, this person would be earning D123 per day. That’s LESS THAN $3 PER DAY, far less than what minimum wage earners in some countries earn PER HOUR!  Whether they are married or not, a person earning D123 a day must find it hard to survive in this country! We say Never Again to that unjust situation!

Even more troubling is the fact that ONLY AFTER EIGHT YEARS OF SERVICE will such a person’s salary hit D55, 000 (about $1000) PER YEAR! That means after eight years of service, this person earns only about D4500 (about $90) a month! Only $90 dollars a month after eight years of service! How can such a person not be reduced to begging, or stealing, or extorting from their fellow citizens if they are so inclined and in a position to do so? And a civil servant employed at Grade 12 of our Integrated Pay Scale – the highest grade there is – earns only about D141, 000 after eight years of service? That’s less than $2800 A YEAR, AFTER EIGHT YEARS OF SERVICE! That is totally unacceptable!

We say Never Again to the rising number of beggars, especially female beggars with very young children, sitting in all manner of street corners and junctions begging for a living. Everywhere we turn around the Greater Banjul Area, from Westfield to Pipeline Mosque to Traffic Light to Turntable and beyond, we see groups of beggars, mostly women and children sprawled on the ground, or chasing after cars begging for a living. Yes, Gambians are a charitable people. But charity cannot overcome the levels of poverty we see everywhere around us. Only just government action and practical policies can do that. And, like Nelson Mandela said, “Overcoming poverty … is an act of justice.” Just like we demand justice for the victims of human rights violations, we demand justice for the victims of poverty at all levels of our society!

And we say Never Again to chronic and rising youth unemployment, poverty and frustration!  We need to create a government that will support our thousands of sons, daughters, brothers, sisters and cousins who drop out of school or end their school careers and spend years, often decades sitting on street corners doing nothing and getting more wasted and frustrated by the day because our society does not care and has no useful role for them to play in the national scheme of things. Sometimes these young people get so frustrated and tired of the biting poverty and sense of hopelessness that they risk their lives and often lose them in the perilous back way journey to Europe where they are treated like second class human beings. Sometimes, here at home, they are physically driven to the very margins of society and spend their days and nights on the beaches hoping for a savior from abroad and feeling increasingly bitter as they feel their abundant energy and brilliant minds wasting away for lack of opportunities.

Sometimes, these young people turn to crime, and the recent rise in burglaries, armed robbery, murder, and other violent crimes is a direct result of increasing youth frustration and anger at their relentless biting poverty and the uncaring attitude of our government. We must create opportunities for these young people, we must train them and put them to work, and we must tap into their abundant talents and brilliant minds to turn our country into the type of society it deserves to be – small, happy, peaceful and prosperous. We know this is easier said than done. But we know it can be done by a serious re-ordering of our budgetary priorities, by cutting down wasteful spending on disposable comforts and superfluous ceremonies and formalities, by waging a serious war against crime, and against bribery and corruption within the bounds of the law, and by cutting down the size of our government, among many other feasible options we can explore.

It is high time that we put our people – our most valuable resources – at the very center of our development efforts. Attempting to develop a country while neglecting the people of the country is like attempting to nurture a tree while neglecting the roots of the tree. No country can develop if its people are neglected and marginalized and turned into the poorest of the poor who are constantly stressed out and worried about their next meal, the next meal for their families and children. Never Again to the pauperization of our most precious resources, our most valuable wealth and national treasure – our people!