NEVER AGAIN: The Manifesto of an Unlikely Candidate (Part Three) 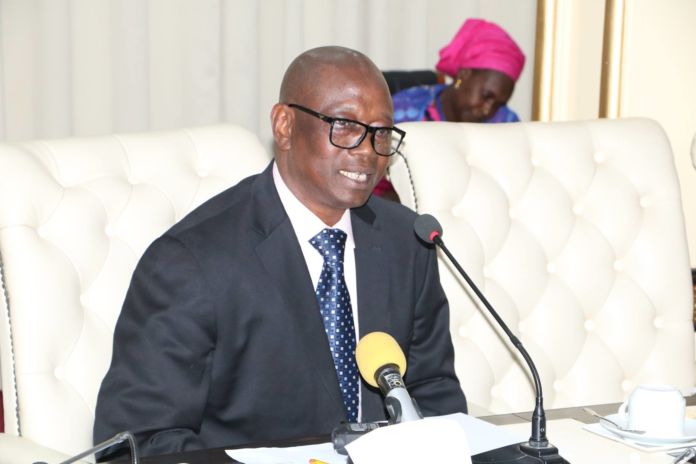 It is high time that together we all loudly say enough is enough and Never Again to the chronically poor public utility services that have been plaguing our lives for decades now, and that like so many broken things in our society, seem to defy fixing by our governments. We must say Never Again to an electricity and water supply system that has remained dysfunctional and unstable for 49 years now, since 1972 when the Gambia Utilities Corporation Act created the GUC to supply electricity and water to the Gambian public. If Gambia was a child in 1972, we are a fully matured nation now, and we deserve power and water supply services befitting a mature and intelligent nation!

Year in year out, and especially these days, we have been tormented by lights suddenly and frequently going off in the middle of a hot day or night, in the middle of an important task that needs doing, or in the middle of a relaxing session that is suddenly replaced by mind-numbing darkness and heat that totally baffles our senses and induces a sense of frustration that can only be felt to be understood. We say Never Again to these persistent and frequent power cuts and blackouts that demoralize our spirits and stifle our determination to improve conditions in of our lives and our country. We must have stable electricity supply in this country and we must have it because we can have it with proper management of our resources and with absolute honesty in the use of public resources that, on paper, are routinely allocated to the production of this vital service!

We say Never Again to the tired excuse that lack of resources is the obstacle to the stabilization of our country’s electricity and water supply system. How many millions if not billions of dollars have our governments acquired through loans and grants and tax payers monies and allocated to our public utility sector over the past forty-nine years? The figures would be baffling if we had them! And what do we have to show for such a massive allocation of public funds into this vitally important yet chronically dysfunctional sector of our national life? We must confront the fact that much of the funds allocated to this sector, like many other public sectors, have found their way into the personal accounts of public officials who have come to see public office as a means of fattening their personal accounts and who therefore have no compunction in doing the very least they could do with the funds to improve our public utility services and who would rather have us living in an unending era of blackouts and water shortages! We say Never Again to shying away from the ugly truths of why our institutions are not working in this country! We must consciously and practically take measured and intelligent action to put an end to those greedy habits and practices that cause us to fatten our own personal accounts at the expense of the national wellbeing! Such greedy habits pose an existential threat to our identity as a nation of dignified human beings and must be deliberately confronted, addressed, and neutralized for the betterment of our nation!

We say Never Again to the willful failure to explore other available options to end the very frustrating and depressing phenomenon of ever so frequent blackouts and the havoc they wreck on people’s properties and on the minds and the morale of the Gambian people. Surely, there must be some other arrangements, some other ways of managing our power supply system to make sure that power cuts are as infrequent as they possibly could be? How about decentralizing the power grids, and having each area or couple of areas have their own supply point, rather than try to supply thousands of households and businesses from a few “power stations” with generators that were made decades ago? How about the solar option? How about privatization or partial privatization of the public utility sector if that’s what it must take to solve the problem? If options have been on the table of the authorities, may the Gambian public know what these are and may we be able to consider one or a combination of them to solve this problem? Certainly, this problem does not defy ALL solutions! And if there is one solution available, it must be adopted and it must be made to work! Never Again to the defeatist and often self-interested attitudes that cause us to choose convenience over efficiency when it comes to doing the right thing by the Gambian people!

We say Never Again to the fact that during the rainy season, whenever rain is imminent, all lights are switched off! Anytime dark rain clouds gather, our power supply service decides to have us compete with the darkness of the clouds by plunging us all into darkness! We demand an explanation as to why this is the case in The Gambia. We know that rain and power supply are not necessarily incompatible and we have lived in or visited countries where the lights remain on during thunderstorms. So why do they always go off in this country as soon as the first thunder claps or the first lightning flashes? Is our system too weak to handle rain storms? Well if so, we must fix it! Or is it a case of saving some fuel for the banker? Or to avoid the inconvenience of having to go fix a broken pole or engine somewhere? Whatever the cause for these enervating blackouts during rain storms must be explained to the Gambian people and it must be resolved as a matter of national urgency! Never Again to keeping us both physically and mentally in the dark about why things happen the way they do! If frequent regimes of darkness and heat must be imposed on the people, the people must be told why it is necessary to do that! Never Again to unexplained issues of national concern, from thunderstorm blackouts to impromptu foreign service transfers!

We also say Never Again to chronic water shortages in the urban areas where ever so often, we hear residents of certain areas saying they had no water supply for days on end! There is no water for drinking and those who can afford it have to buy bottled water! What happens to those who can’t afford to buy bottled drinking water in these areas? And there is no water for washing up, bathing or flushing their toilets for days on end! Never Again to the infliction of such indignities on the people of this country! And Never Again to the endless suffering of rural communities where hundreds of thousands of families live in perpetual heat and darkness and are forced to consume unhealthy water from wells or from the River Gambia. Access to clean drinking water is a right all Gambians must enjoy. And if we have to harvest and purify our abundant rain water to make this a reality, we must!

Our dismally poor public utility services aside, Gambians say Never Again to the increasingly frustrating traffic conditions on our roads and Never Again to the shameful conditions of our neighborhood streets all year round, but especially in the rainy seasons! It is mindboggling that a simple problem of supply and demand of cars and roads in the Greater Banjul Area defies solution by the Government of The Gambia. It should take even less than a lay economist to understand that we face these frustrating traffic conditions on our roads simply because more cars are being imported into this country while more roads to accommodate them are not being built! Development is nothing other than the capacity to adapt to the changes and challenges in our environment in ways that would allow the effective functioning of society. But as in many other areas of public service, our governments do not even seem to know what to do about the growing traffic frustrations afflicting our society!

We say Never Again to the fact that from day to day, it becomes more and more frustrating to drive from Point A to Point B on our roads, and from day to day, we see no action on the part of the relevant authorities to seriously address this problem! A drive that should take 10 to 15 minutes could now take up to an hour or more, while undisciplined motorists zoom at breakneck speeds on the sidewalks, where they shouldn’t drive at all, illegally passing long queues of slow moving traffic, raising the public’s blood pressure and often hitting cyclists and pedestrians! And the authorities watch as if they have no idea what to do! We must, as a matter of urgency, build more roads and pave our many feeder road networks in the Greater Banjul Area to reduce the stress-inducing traffic jams and rude driving habits that generate social hostility and are getting worse by the day. We know that the resources are available – both human and financial – to improve our road network in the Greater Banjul Area. What we lack is an innovative government with the honesty to do the needful and tap into our available resources to ease our agony and frustration over our road and street conditions!

We are also saying Never Again to having to wade in dirty pools of muddy water on our streets every rainy season, year-in, year-out, and we are saying Never Again to the indignity of walking, riding and driving in the dusty craters and hills into which our streets are transformed during every dry season, year-in, year-out. As at the time of writing, we have had only two rainstorms so far, and our streets are already transformed into large pools of mud and dirty water in which we are forced to drive and ride and walk! This dignity-sapping mess must be corrected by the urgent paving of all major streets in the Greater Banjul Area! Surely if we can afford to invest in fleets of expensive vehicles for purposes of political campaigning or to embark on very expensive trips with large delegations to distant destinations for purposes of seeking aid, we can afford to build roads and streets befitting the human dignity of the Gambian people! Never Again to roads and streets that are inaccessible to persons with disability, dangerous for the elderly and demoralizing for the rest of the Gambian people!

We are saying Never Again to governments that cannot solve our basic traffic problems and will not build clean and paved streets in our towns and cities to enhance communication and safeguard the pride and dignity of the Gambian people. We must establish a government that will explore all possible options to make sure that our road network is widened and that every main street in our urban neighborhoods is paved within the shortest possible time. Here again, a rethinking of our budgetary priorities will yield the required funds, and we can use the abundant manpower of those of our unemployed youths who might be interested in such work to build our roads and streets. Surely, segments of the youthful population of this country may be willing to be recruited, trained, and provided with the resources they need to build their own neighborhood streets and help turn this country into the beautiful city state it deserves to be! Never Again to the politics of inaction, misaction and failure!