Malian mother’s nonuplets ‘breathing on their own’ 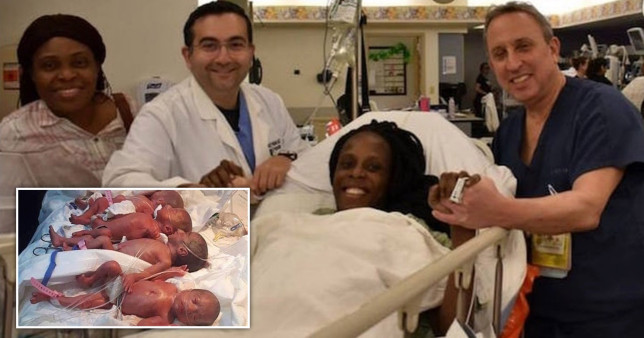 A clinic spokesman has told the AFP news agency that the nine babies born in Morocco early last month by a 25-year-old Malian woman are now breathing on their own without assistance.

The babies who look tiny at birth were born at 30 weeks.

However, BNN Africa reports that Halima Cissé’s nonuplets would still have to remain in the hospital at the Ain Borja clinic in Casablanca for two more months as they are still under observation, Abdelkoddous Hafsi said.

He added that the weight of the five girls and four boys has increased significantly as they were being tube-fed.

But they have now increased to between 800g and 1.4kg, the spokesman said.

The couple only had a daughter before the birth of the nonuplets and Halima has enjoyed the support of the government who flew her to Morocco for better medical care.

The only two sets of nonuplets previously recorded never lived as none of the babies stayed alive for more than a few days after birth.

The Guinness World Record for the most children delivered at a single birth to survive is currently being held by a US woman who had eight babies in 2009.