Mai Ahmed Fatty Warns Against Setting a Dangerous Precedent: Says IEC is not Above the Law 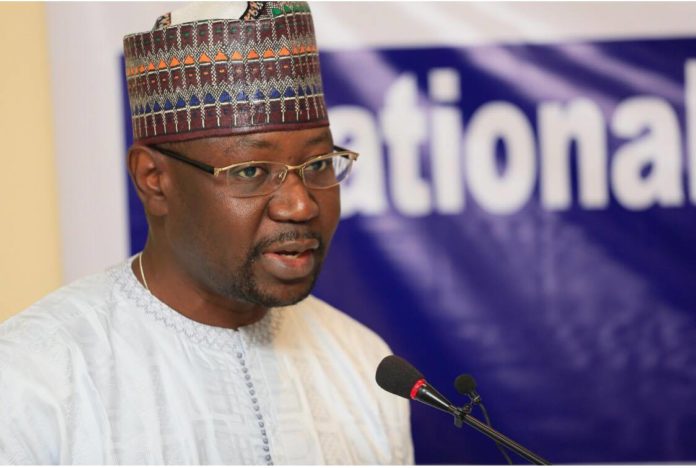 The Leader of the Gambia Moral Congress Mai Ahmed Fatty has rhetorically asked whether the country’s Independent Electoral Commission (IEC) Is Above the Law.

He was speaking over the weekend whilst announcing that he will contest the December polls. This he says is in line with his democratic rights. It comes after the Banjul High Court ruled that the electoral commission erred in law and in practice in rejecting his nomination.

“We were rejected. We challenged the rejection in court, and it was reversed for fatal non-compliance with the Elections Act. Was it our fault that the IEC violated its own Act and guidelines it claimed was given to candidates? Is it wrong for a citizen whose entrenched rights are violated by an institution created by law, and whose staff are paid from the consolidated fund, to seek redress for protection? Is the IEC above the law?” Fatty asks.

Fatty was one of 15 aspirants whose nominations were rejected, but the decision against the GMCs leader was declared null and void by the High Court.

He further stated that if his right and those of thousands of his supporters are trampled on by their exclusion from the electoral process through self-induced actions of the IEC, then a dangerous precedent would be set.

“The consequences are far-reaching beyond my generation; in that, it would settle the futility of courts and establish impunity. This is not conceivable in a democratic society,” Fatty said.

He used the opportunity to deny rumours which suggest he is being used by President Adama Barrow to derail the December 4th Presidential Election.

When asked about his campaign process, he responded by saying,

“We have secured an order of the court mandating the IEC to grant us equal opportunities granted to others on all the electoral and electioneering processes leading to the election. If this is vitiated in any manner before elections, it would cause irreparable harm and injustice to our rights under Section 26 of the Constitution. No amount of damages or compensation can cure that irreparable injury,” he stressed.

He further maintained that the IEC is not above the law.

“If there exist any complexities, it is for the IEC to resolve that. If the IEC treats the courts with disdain, that is a matter for the courts to resolve. I know even the presidency and legislature complied with the courts in the Ya-Kumba Jaiteh case. The IEC is not above the law,” he stressed.

He established that fair elections cannot be conducted if people intentionally employ all manner of tactics to exclude and frustrate a sizeable segment of the population from enjoying the right to elect their chosen candidate.