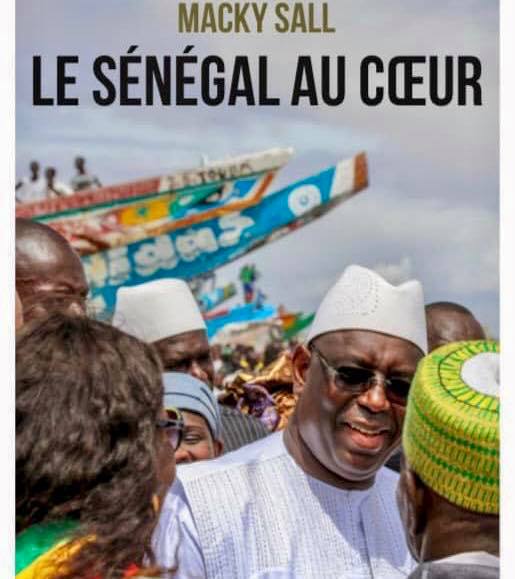 On his 57th birthday, His Excellency Mr. Macky Sall, President of the Republic of Senegal today presents his book, “Le Sénégal au Cœur” to the press at The Terrou Bi hotel in Dakar. The book is based on his character defining experiences from childhood to being in the many positions of leadership that led to him being the fourth and youngest President of Senegal.  It touches on his long march made possible, by holding on to his faith and principles of discipline and firmness, which led him to the helm of his treasured Senegal. An opportunity he does not take lightly, as he pushes through his emergence blueprint that is fast seeing Senegal as a developed nation on the cusp of a transformational breakthrough. It is apt that as he concludes his first term in office in February 2019 and prepares for the battle of his second term, Senegalese gets to know more intimately the man they often reproach for being too rigid andnicknamed “Niangal” in Wolof. A nickname he somehow accepts as he himself accepts that he can come across as such from the outside. Animage that is not helped by Sall being an expert in engineering and geology with a very pragmatic outlook on life.

This book places Sall’s heart on the table for all to see the complexities that make up the man, Macky Sall. It is a story that connects the president’s past with the youth of today’s present. It is a story of sacrifice, hardship, personal growth and powerful dreams for the future, with many experiences and aspirations that most children of the developing world can relate to. In the book, we learn about the harsh realities faced by Sall, like many other rural children such as, walking many miles to get to school. An experience that led to his decisions to map out a greater life for himself and a trajectory of a bright destiny. He discusses his very sour relationship with his predecessor and then mentor, Abdoulaye Wade and all the political characters such as, the colorful character that is, Idrissa Seck who Sall have had clashes with.

From a child of Fouta of modest beginnings, to a man of the world, who refused to let “The nauseating remarks of [Abdoulaye] Wade” calling him a descendant of slaves and coming from a family of cannibals not define him; after Wade, the former President who mentored and guided Sall became furious at Sall for daring to run for the presidency. Sall refused to bow his head low in his pursuit of a brighter tomorrow.

Wade’s unformed statements were the last act of revenge meant to push in the blowing dagger into Sall’s heart for his supposed betrayal. Sall touches deeply about his family ancestry, stating that it is rooted in Toro and Ngénar. “They know that I come from a line of famous and prestigious warrior nobles,” he says.

Macky Sall delivers a tone of perseverance despite adversity and failure in ‘Le Senegal au Coeur.’ His journey is akin to the theme of a hero’s journey “a broad category of tales that involve a hero who goes on an adventure, and in a decisive crisis wins a victory, and then comes home changed or transformed.” It teaches the future generation the importance of failure as something to learn from is important on the journey to success. But above all, it teaches us all the importance of a dignified life.

Sall dedicates his book to his parents, children and his adored wife,Marème Faye Sall. He pays many tributes to hisbeloved Marème and touchesonher endless sacrifices made, in order for him to pursue his career. It speaks to the importance of choosing a partner that supports ones during the good and bad times.

*The English version of “Le Sénégal au Cœur” is out end of January and available on Amazon.