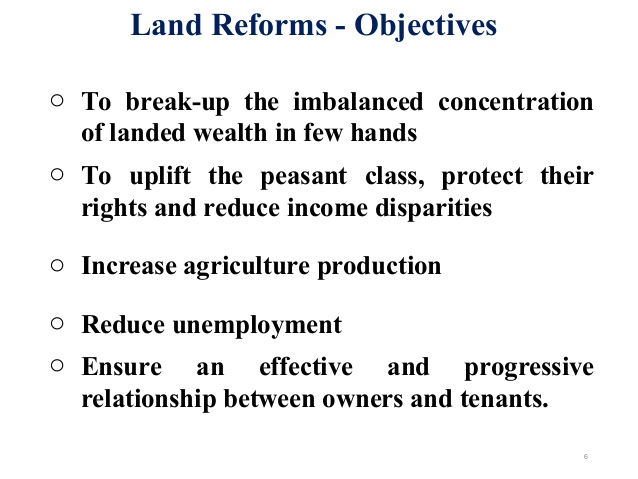 Land reforms are an important element in the process of sustainable development. It allows policy makers to directly observe how land is utilised to determine priority development areas and to avoid future land conflicts. Each region must find what works best for them despite the diverse land tenure system around the world, including in West Africa. The current conflict between pastoralists and farmers in West Africa could be addressed through the demarcation of land to distinguish its use for settlements, forestry, agriculture, industry and so on. Pastoralists could be allocated land with ranches where boreholes are dug, and sprinklers purchased to provide continuous grazing. This would remove the motivation to move around and consequently avoid conflict with farmers. ECOWAS members could exploit diaspora remittances to raise funds for the demarcation process. A 0.25 cent levy per US$100 remitted could raise more than US$65 million per year to finance the land reform process. However, more collaboration with the diaspora would be needed to build confidence that the finances will be used transparently.

Land is a central element in the production process and a source of inputs in the production of goods and services. It has been a source of discussion in economics since the time of the early economists such as Malthus. The prerequisite to sustainable development is to organise society in a way that will enable policy makers to assess progress and drawbacks in the process. The lack of practical land reform policy in Africa suggests that the take-off to sustainable development would be difficult to achieve.

The conflict between pastoralists and farmers has been a source of conflict in many parts of West Africa and it continue to do so. It has unnecessarily led to the death of thousands of people in the region. As a result, proactive measures are required in order to find a sustainable solution. Moreover, the solutions could have economic benefits and contribute to fighting hunger and improve other development indicators such as tackling climate change and affordable housing. Pastoralists need land to graze and derive economic gain from grazing. Farmers also derive economic gain from their harvest. Therefore, it is a matter of economics that each player wants to protect theirs’s and this could naturally cause conflict and consequently death for some. The deaths could be avoided in a region where there are expanses of under-utilised land that could be exploited for grazing, farming, forestry and settlements.

Western African nations could use one of two approaches or a combination of the two to resolve land issues and pave the way for a sustainable path to development and to preserve lives and loss of property to society. The first approach involves a proper national recording and land management system. The second approach is a regional land management system. Both approaches require demarcation of land to distinguish its use for settlements, forestry, farming, grazing and so on at the national and regional level. Given that ECOWAS has shifted emphasis toward integration rather than cooperation, regional land management system should further strengthen the integration process. Governments, pastoralists and farmers could all derive economic gain from land reforms if farms and herds are turn into viable markets. Moreover, turning informal economic activities into formal markets could contribute to poverty and hunger reduction in West Africa.

Farmers may need herds to provide natural manure by rotating farming and grazing if mobility is feasible. Where mobility is not feasible, pastoralist could be provided with ranches where boreholes are dug, and water sprinklers purchase for continuous grazing. This will remove the motivation for pastoralist to move around in search of grass and avoid future conflicts.

The governments through the ECOWAS commission could find ways to finance the demarcation process and beyond without borrowing. Domestic taxation could be difficult given that many countries in West Africa rely on donors to finance a sizeable percentage of their budget. Nonetheless, the West African diaspora could contribute, perhaps on the condition of transparency. The West African Diaspora remitted an estimated US$26 billion in 2014. A 0.25 cent levy per US$100 remitted could raise about US$65 million per year. There is no reason why this is not feasible given that West Africa has the experience to raise funds through the community levy. Furthermore, domestic initiatives such as banquets and sports events involving the citizens, especially our celebrities could raise additional funds.

West Africa needs to overcome conflicts associated with land, farmland, grazing and settlements in order to pave a path to sustainable development. It will be impossible to improve the standard of living of ECOWAS citizens as envisaged in article 2 of the 1975 treaty without land reforms. The developed world today resolved land issues which provided the platform to a sustainable path to development.

The Food and Agricultural Organisation (FAO) estimated 1.5 billion cattle in the world in 2015 and 66.9 million (4.6%) of the total world cattle are in West Africa. If other regions of the World like Brazil, India, China and the USA which together account for 41% of world cattle have less of a problem between pastoralist and farmers, there is no reason why West Africa should have the problem given the vast expanses of unexploited land in the region.  “IT IS NEVER IMPOSSIBLE UNTIL IT IS DONE” (Mandela).