LAMIN NJIE: Darboe’s comments border on bravado, it’s now up to Barrow to do what he must 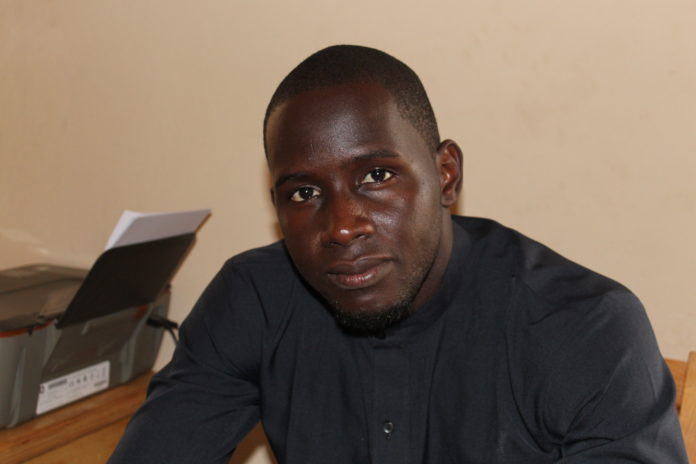 Until this congress, the wonder has been why Ousainou Darboe has not waded into the growing uncertainty within the United Democratic Party. The wonder has been why the UDP leader was silent at a time when everyone in the party appears to be suspicious of everyone. Well, those feelings must now have come as a little silly after the man’s Friday speech.

The United Democratic Party this weekend organized a three-day congress where delegates numbering 1,060 picked a new set of leaders. It was a gathering that formed a key part of the party’s internal democratic activities.

But this was a congress that came when misgiving continued to eat away at the back of UDP. Mainstream members have been accusing President Adama Barrow of making wanton moves on their party. Party top-shots might have been everywhere playing it down but it did not seem unreasonable to anticipate Darboe would at some point grow a pair and address the issue. And then the time and the place came.

At the official opening of the congress, Darboe was supposed to stick to his speech that was prepared for him. He wanted to but couldn’t. That is what happens when the most important of issues are missing in your speech. And so, as we saw, he went off-script every now and then delivering the sort of speech only likely to go down deep into the unknown future.

In another, he said: “I am not desperate to be the president of The Gambia but any person of whatever description, of whatever station in life who attempts to divide the UDP I will take on you headlong. I will fight you to prevent that. That is my mission.”

These comments bordered on bravado, and one must be living under a rock to not know who they were directed at. And if there were any doubts at all about who is the man on the tree when it comes to UDP, those doubts were cleared at this congress. It’s proof of how alive Darboe yet is within UDP.

Certainly, this congress has come off as a huge blow for President Barrow. This was a platform meant to sell a man who in fact owes his political life to its organizer, UDP. Instead all what President Barrow’s backers got at the event was humiliation. This not-so-smart president is in serious political trouble.

This was not supposed to turn out like this. Back in 2017, a certain newly elected President was unequivocal when asked if he will stay true to his word relative to the 3 years deal under which he was endorsed by coalition 2016. That leader said he will leave after only three years. That was President Adama Barrow.

And then President Barrow got confused along the way. Darboe is one of those people who contributed to this when he said he will take legal action against anyone who attempts to make Barrow step down after the three-year transition. Marabouts too. I understand he’s been told the person who will take power after him will be younger than him.

Yet, how President Barrow navigates his political fate after all this is his affair. Because if this was a bad period for him, it was a good period for politics in The Gambia. It has breathed more excitement into our politics at a time when there’s so much at stake.

THE NARCISSISTIC PERSONALITY DISORDER THAT IS YAHYA JAMMEH