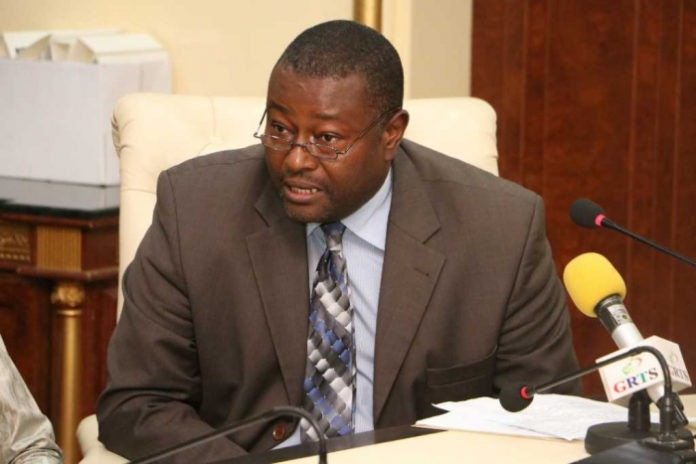 Calling for the dissolution of the National Human Rights Commission is an outrageous idea, but I am calling on the commissioners to withdraw their report and write a new one. Gay and lesbian rights are not an issue in The Gambia and I cannot fathom why the human rights commission would put it in their report in the first place. Issues that are of paramount importance are the rights of Gambians and that is what they should have focused on not gay and lesbian rights. Therefore, they should blame themselves for the public backlash.

The National Human rights Commission probably needs an experienced media team that will be vetting their messages for them before making them public. Information in a democracy must be vetted by reading it aloud before publication. The Gambia is a conservative nation when it comes to universal human rights, so they should take issues in piecemeal and the focus must be on the protection of rights of Gambian citizens as they are established to protect and promote human rights issues in The Gambia.

I am very sorry for Imam Baba Leigh, who happens to be the sacrificial lamb in all this debacle. My advice for Imam Baba Leigh is to ignore the politicians calling on him to resign and continue serving in the commission. Imam Leigh stood against injustices when the going was tough; I am very proud to call him my favorite Imam. He should advocate for his commission to consider withdrawing the recommendation they sent to the National Assembly on this subject so that this matter can be settled, and the National Assembly and the government must disregard the report in its totality, and focus on issues that are relevant to Gambians. We did not have Gays or Lesbians in the Gambia, therefore we have nothing to protect.

The Mandinka proverb rhetorically asks: “Word, why did you speak about me when it is not the right time to speak about me?” This is the dilemma the human rights commission finds itself in. The commission should be there to protect Gambian cultures, values, norms, and so forth, as the human rights for Gambians. The commission is established primarily to protect and promote the rights of Gambians, not the world, although one may argue that the Gambia is not an island, so we must adhere to universal human rights issues in the world, but certainly, in my opinion, that is not the role of the national human rights commission, their role and focus should be to protect the rights of Gambians, that is to do with anything that the Gambia is known for as people.

They should be protecting the Gambians values by advising government as to which laws are customary to The Gambia and which laws they should consider when it comes to universal human rights, but in this case, they appeared to be undermining the culture, and values of Gambian people by stating something in their report that is very irrelevant in the present Gambia.

My advice to fellow Gambians is to distance themselves from this topic because the more we talk about it, we will essentially be empowering and promoting LGBTQ issues in The Gambia without knowing. Even in the West, it is not universally accepted, but we should always remember democracy is a complex issue and should understand in a democracy where your rights stop is where someone else’s rights begin.

President Barrow was once asked this question in 2018/2019. He gave the best answer and was very precise. He said: “LGBTQ rights are not an issue in The Gambia, hence there are no Gambians one can pinpoint as gay or lesbian, and therefore, it is not an important issue”. We must desist from playing political expediency into this. We are making our society very vulnerable to having such a discussion in front of our children which could have a serious impact on their lives. The persistent debate and discussions on this topic are a win for LGBTQ advocates.

I understand there is a lot of intellectual dishonesty in this debate, which is driven by so many factors. The NHRC report never mentioned the legalization of Gay or Lesbian Marriage or decriminalizing the anti-LGBTQ law. I didn’t understand why the National Human Rights Commission is been accused of promoting same-sex marriage or promoting their rights. It is illegal in the Gambia; if anyone found doing the act of homosexuality in the Gambia he/she could face life imprisonment. Essentially, what the human right commission was saying they must not be subjected to mob-injustices or torture, but they must be accorded right to innocent until found guilty by a competent court.

As a country, our focus should be on how to fight poverty and pray for a bumper harvest in the coming raining season. May God protect The Gambia and its people from all kinds of evil deeds and give us the wisdom and the unity to protect our culture, values, and norms.