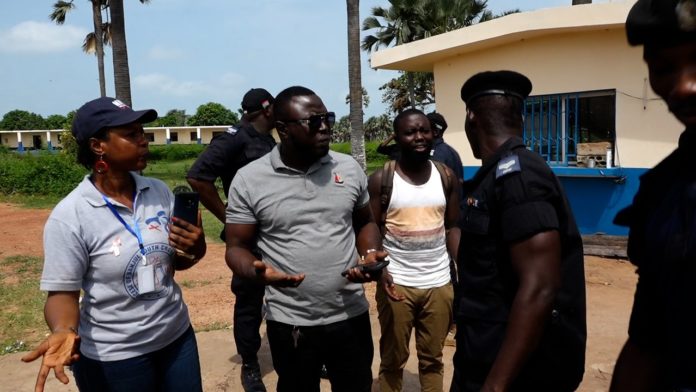 The Ministry of Justice has issued a statement dismissing as false reports Global HOMM owns the piece of land in Bijilo that has been a subject of a huge row.

Global HOMM won a court battle over the property but the state has refused to surrender the property to the organisation who wants to build a hospital on the land.

Officials of the organisation were arrested on Monday as they tried to enter the property with cement.

The justice ministry has now issued a statement over the incident.

The ministry said: “The attention of this office has been drawn to reports circulating on social media alleging that the government is blocking the purported owners of a piece of land in Bijilo from accessing their property.

“The public is hereby informed that this is totally false and could not be further from the truth. This matter is a subject of ongoing litigation in two suits before two separate judges of the High Court. Out of respect for the High Court and the judicial process, this office is not at liberty to discuss matters which are subject to litigation. We will have the opportunity to shed light on the true facts of the matter once the courts have delivered their ruling on this matter.

“We invite the claimants in this matter to exercise similar restraint and abide by due process as opposed to seeking to litigate this matter in the media.”

100 Years After its Discovery, Insulin Still Out of Reach for Many Living with Diabetes