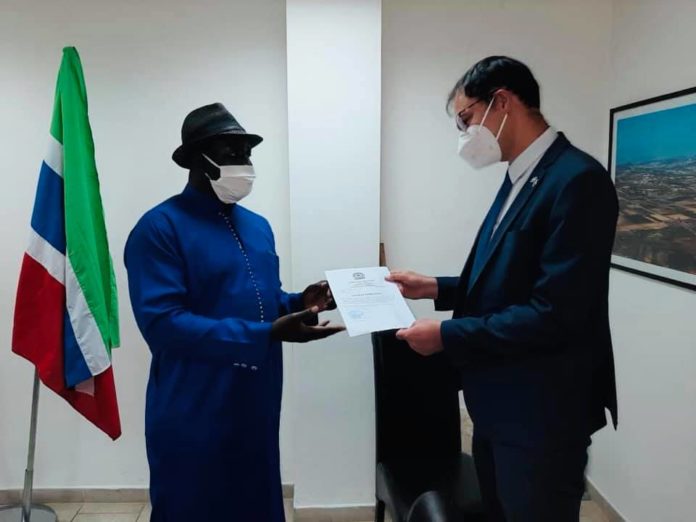 Israel through its embassy in Dakar has donated 10,000 dollars to the people of the Mansakonko local government area.

A statement by the embassy on Tuesday said: “Mr Daniel Aschheim, Deputy Chief of Mission of The Israeli Embassy in Dakar, has received this Monday July 27th, 2020, The Chairman of Mansakonko Council Mr. Landing B. SANNEH and his Executive Chief Officer Mr. Paa Saith CEESAY.

“The purpose of the meeting was to donate a symbolic check of $10.000 to the population of Mansakonko to help cope with the economic crisis caused by the COVID19.

“The Mayor gladly thanks the Israeli Embassy and its entire staff for such a “big gesture” that promotes the relationship between the two countries, and adds more credential to the Mansakonko City.

“For the Israeli Embassy, offering food supplies to 400 families in the Gambia is a privilege and honor.

“The provision’s distribution will take place right after the feast of Aïd El Kebir. Sadly, as The Mayor said, The Representatives of The Israeli Embassy will not participate to that event, but The Council is looking forward to host them as soon as the pandemic resolved.”