Islam Is In the Books and Muslims Are In the Grave #1
Lack of knowledge in basic history is making a lot of people doubt that Islam has the solution to the world’s problems. People wrongly assume, that those living during the time of the Prophet (peace be upon him) and his companions, weren’t sophisticated enough, so the laws which governed them cannot hold sway now. This is not true.
Any study into the lives of our pious predecessors reveal a people we cannot possibly reach, in piety, valor, bravery, in knowledge and in purity of character. We bring you the first of stories to reaffirm this fact. In this story, we learn that anyone with the character of Abubakr will not be corrupt, even if he were given the keys to the treasures of the world.
Abu bakr (radhiallaho anho) had a friend who used to give him a portion of his daily income. Once, he brought him some food, and Abubakr (radhiallaho anho) took a morsel out of it. Then the slave remarked. ”You always enquired about the source of what I bring to you, but today you have not done so.
He replied. ”I was feeling so hungry that I failed to do that. Tell me now, how did you come with this food?”
The friend said “Before i embraced Islam, I practiced sooth saying. During those I came across some people for who i practiced some of my charms. They promised to pay me later on. I happened to pass by those people today, while they were engaged in a marriage ceremony, and they gave me this food.”
Abubakr exclaimed “Ah, you would have surely killed me! ”Then he tried to vomit the morsel he had swallowed, but could not do so, as his stomach had been quite empty. Somebody suggested to him to take water to his fill and try to vomit. He sent for a goblet of water and kept taking water, forcing it out, till the morsel was vomited.
Somebody remarked. ”May Allah have mercy on you. You put yourself to such troubles for a single morsel! To this he replied, ”I would have thrust it out even if i had to lose my life. I have heard the prophet (sallallaho allaihi wasallam) saying. “The flesh nourished of haram food, is destined for the fire of hell. I, therefore, made haste to vomit this morsel, lest any portion of my body should receive nourishment from it.”
Allahu Akbarr! Can a man holding such a belief, fearful of the repercussion of haram, misuse state funds? So we say that if our public officials were like Abubakr, we’ll all be much better off. Indeed it is true, that Islam is in the books, and Muslims are in the grave.

PS* Soothsaying is forbidden in Islam. The one who does it as well as the one who solicits it are both accursed. Only Allah knows the future. 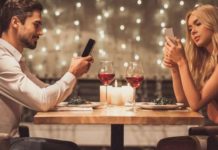 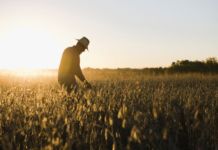